ARTICLE BY CEO OF COUNCIL TO HOMELESS PERSONS 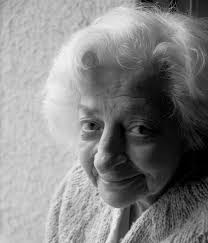 Here is a fine article by Jenny Smith, CEO of the Council to Homeless Persons. The second largest group of people that live in public housing are elderly pensioners. FOPHV thanks Jenny Smith for this article that challenges the unfair stigmatization of public tenants- and defends their right to remain safely housed. It is shameful to push people out of their homes to satisfy the profit-making interests of corporations.


News headlines often need a little unpacking, including one this week from Channel 7:
"Housing commission residents living with million-dollar views -- some public housing tenants are living the high life for little more than $100 a week, thanks to taxpayers".
The story unfolds with some sharp-suited developers rubbing their hands in glee at how much money they could make if they had the opportunity to develop prime, inner-city land that houses many thousands of people on low incomes.
I wonder if, on viewing the video, many in the audience would really wish to turf great-grandmother Pat onto the street to let the speculators and investors have their free-for-all. Perhaps only the most fervent could be so venal.
And yet, this story invites us to consider a question that is at the heart of much of the current debate on negative gearing, and which has long dogged the conversation on government policy relating to housing affordability.
Is housing a critical platform for peoples lives? Is it as fundamental -- or more so -- to our wellbeing as education and health; or is housing simply a platform for wealth creation; for speculators to gamble on its future value, and for those seeking to minimise their tax liabilities to have a means to keep more in their pocket and put less in the common pool?
In considering this question it's worthwhile to consider what might be the alternatives for Pat, were she not to have the opportunity of her apartment in the high-rise estate. Like many other women who have raised their families and joined the ranks of the aged poor, she could live in private rental, where she would inevitably pay more than 50 percent of her income in rent.
She would live at the whim of a landlord, who could evict her, for no stated reason, if she complained about repairs not done, or rent hikes. She would risk homelessness if rents increased beyond what she could afford, or she could risk her health by not eating properly or not filling her prescriptions so she could make those payments.
She might choose to move further out, to somewhere slightly cheaper, albeit still costing more than 30 percent of her income, and suffer isolation as she loses her connection to local family and friends, familiar shops and services.
This -- or a bed in a rooming house, couch surfing or life on the street -- is the reality for real people if we fail to treat housing as a fundamental need and develop a coherent plan to address the affordability crisis.
However, housing markets weren't always so tight. In times gone past, Pat would have afforded a modest rental in the very location she now lives in public housing.
Inner-city and port-side areas like Fitzroy and Williamstown were not always home to Melbourne's high flyers, but rather Melbourne's slums following the Great Depression.
The Fitzroy estates we see today were developed on slum reclamation land, purchased cheaply to swiftly house low-paid workers who were unable to secure a safe home for themselves and their families.
The Williamstown estates tell a similar story. After the Second World War, family homelessness skyrocketed, and dangerous makeshift shanties and tents popped up everywhere. The Housing Commission of Victoria developed the Champion Road and West Newport estates in response.
These estates represented a new approach to housing provision and addressed criticism of the poor quality of earlier estates. They signalled change.
Now, gentrification has re-ignited interest in these areas. Decades of speculative investment fuelled by generous tax breaks have created suburbs in which the 'Pats' can't compete.
It is time again for the government to be visionary about housing policy. To create affordable housing options for the 120,000 Victorian households living in rental stress; and the over 22,000 who are homeless on any given night.
And it's time for the speculators to leave Pat, and others, safely housed by the visionaries of the past.
Posted by Fiona Ross at 22:15 4 comments: 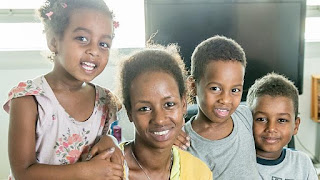 This is what a public tenant family looks like.

While politicians, bureaucrats and other organizations have been busy, behind closed doors, discussing and making decisions regarding the future of public housing and what is best for the ‘disadvantaged’
( which coincidentally benefits the advantaged.. Funny that !?  ) the public tenants themselves have been locked out of any genuine consultation, and effectively blocked from being able to find out what is going on…

Coupled with little or no media coverage discussing the privatisation of our ( collectively owned ) public housing - public housing communities are still largely uninformed of proposed changes to the present public housing system.

This is classism - that some groups are privy to important information while others  ( including those who will be the most affected by these changes ) have the information withheld.

Are any politicians - Liberal, Labor or Greens -  meeting with their constituents in public housing to openly discuss how proposed plans to transfer Public Housing management and titles to 'community housing' businesses will affect them and their families- including the rights and protections they stand to lose?

Have there been any discussions that address the agenda of gentrification which is part and parcel of public housing 'redevelopments'?   No !?

At the same time these political parties claim to care about refugees, indigenous Australians, people with disabilities, people who have experienced domestic violence, sole parents, migrants etc.
It must be an uncomfortable and  inconvenient truth to them that all these groups are strongly represented in public housing!


Neither is there is a campaign of resistance by the Tenants Union or the peak body for public tenants - the Victorian Public Tenants Association(  VPTA ) - when it comes to the privatisation of public housing.

If the ALP hands over the titles of public housing, how long do you think it will be before public tenants are financially squeezed out of our inner-city homes- which are situated on prime real estate- and can command exorbitant rents?   Or will we be forcibly displaced?  So much for 'affordable housing' - which are weasel words anyway to those of us who have been following the situation in Britain. In the UK the term affordable housing has become a sick joke.

I once asked the following question of a proponent of Community Housing in a mutually respectful discussion. 'How can you justify keeping thousands of people uninformed of what is going on, and uninformed of their rights?'
Her response was that 'it is better not to cause them unnecessary anxiety beforehand'.  Really !? No-one has the right to play God with other people's lives and their future in this way. This is paternalistic and classist.  It also sounds like a rationalisation. If the tenants are kept powerless and uninformed - they won't be ready or able to organise against these proposed changes.

************************
Classism is as obnoxious and unacceptable as racism.  In fact classism and racism are often intrinsically linked, as the following examples illustrate.

Many indigenous public tenants have been evicted in Queensland and Western Australia under the controversial 3 Strikes Eviction Policy. It has been described as a racist policy.
This is true- since its impact on indigenous tenants has been disproportionate. But it is primarily an attack on class because it is a policy aimed at public tenants- over and above the usual requirements of the Residential Tenancy Act.

The 'redevelopments' at Prahran include plans to demolish the 'walk-up' component of the mixed low and high rise public housing estate.The estate will 'lose three and four bedroom units to be replaced by housing for singles'
How is this going to impact on the present public housing community in Prahran? The community will be decimated by this 'redevelopment'. What about large families that require additional bedrooms?
I predict that our lovely public tenant families from the Horn of Africa with be disproportionally affected by this redevelopment and will be displaced.

What a sad loss of diversity for both our public housing communities and for the broader society.

Is anybody at all discussing this with the community in Prahran ? - Labor, Liberals, Greens?
Are the public tenants being told the truth? Or are they being deliberately kept uninformed because, after all, public tenants are powerless, and property-developers have loads of political influence and power.


Friends of Public Housing has visited the Prahran estate, and it appears that the public tenants there have no real idea of what is happening or the ramifications.

One more example of class and racism. We heard the following anecdote regarding a young African man who wanted to apply for public housing.  He was told that since he was young, fit and healthy he should be applying for private rental housing. The message he was given was that public housing is - well - for losers. This young man wanted to live in public housing to be a part of his Ethiopian community!  Maybe this employee would like to go onto a major inner-city public housing estate and call our wonderful Ethiopian public tenants 'losers' ??!!

There are some good sites in the US that address class. I cannot find anything comparable here in Australia. Please let me know if you know of any.

Public housing communities have a great deal to offer society. When it comes to 'social capital' we are indeed wealthy - because public housing is all about community. On the other hand, the doctrine of neoliberalism that is driving these privatisations and dividing our society into haves and have-nots, has no real value system apart from the glorification of money and markets.