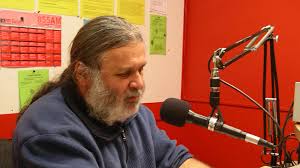 The privatisation of Public Housing can happen in two ways. Title transfer, or else outsourcing the management of Public Housing -which can precede transferring the titles down the track. ( see Labor's former Asset Conversion Strategy in Victoria. )

Says Jeremy Dixon, public tenant activist, "This is how it is often done. First the management is transferred and then later, presumably to minimise any resistance to the agenda of privatisation, the titles are handed over."

This blogpost features two organisations committed to fighting the neo-liberal madness of
privatising our essential public assets and services. And it covers a scary development in NSW.

In VIC we have - Public Interests Before Corporate Interests - PIBCI

"Labor will be committing political suicide if they continue down this path. This is an insane policy and we need to ensure that it is never enacted or announced. It is madness to place public housing in the hands of corporate housing. Labor needs to understand that the Victorian Greens have endorsed plans not to privatise public housing. The Victorian Andrews government will lose more seats to the Greens if it continues to give away Public Housing."

"This is a struggle we cannot afford to lose- but it is a winnable struggle. I implore people to get involved"

On the privatisation of Public Housing in NSW the PSA says-

"In NSW, access to affordable and secure housing is a huge problem. There is a long waiting list for public housing, and the Government is selling off dwellings and transferring others to community housing. In 2016, the Government released a policy on social housing that expands the role for community housing and the private sector. However, this will not meet demand for housing now or in the future. The only winners will be investors and developers, and not the people of NSW.
Instead, the Government is shirking its obligations to the most disadvantaged members of society and is sending them away far from areas that have opportunities for work and services. Social housing will not be spread evenly over NSW, but will be concentrated in those areas that property is cheapest – on the outskirts of Sydney and in regional locations."

The problems for public housing in NSW are large and complex. However, only the Government has the resources and access to services required to provide our most disadvantaged with a home and services to keep them safe in their housing.

"Social housing experiments in the UK involving the private sector have been disastrous, and we must ensure that we don’t repeat them here. Public housing and profits don’t mix."

PSA on its website includes a link to the position paper by Serco- yep Serco- the folk who run the Detention Centres - and who are now expressing an interest in taking over Public Housing in NSW !!


"Serco has told the Baird government that community housing providers are too small to be efficient, and the state government should follow the British model of outsourcing to larger management companies"
Oh the irony !! Instead of joining us in fighting to retain and expand public housing, many well-meaning, not-for-profit NGOs and charities lobbied hard for the NSW government to hand over its responsibility for the provision of public housing, and rejoiced about this development at the beginning of the year.

Now it looks possible that they might be locked out of the really major developments as huge and ruthless global corporate players move in. Like Serco!!  They might find themselves limited to being awarded the tenders of relatively small housing projects ...

Getting away from the housing industry bubble and its follies for the moment -
Good old members of the general public made some spot-on comments when this story broke. http://www.smh.com.au/nsw/detention-operator-serco-eyes-nsw-public-housing-20160812-gqr1ya.html

Here are some responses from the social media site Reddit.

窗体顶端
"And the public and governments will just accept Serco with their eyes closed. England here we come, we destroyed the Australian dream of owning homes now we want to jail our own people in housing commission estates built by private prison operators. We have a bizarre sense of community!"
窗体底端

窗体顶端
'Revoran' says about Serco - "Jesus Christ keep them out. Out out out out."

'Myne' offers this  "Serco exists entirely in the niche created by outsourcing previously government functions. It is the ultimate parasite of neoliberal ideology. It is the rule that proves why these functions were assumed by the state in the first place".


'lumpinator' - "For fuck sake don't politicians get embarrassed about the obvious corruption? It is very sad that the average Joe is completely oblivious to what is happening."

窗体底端
窗体顶端
'Scuzz Monster' responds,  'Why would they be embarrassed? They're psychopaths, the media won't call them out and as you said - Joe Average is oblivious.'

Serco is not yet involved in the first phase of the privatisation plans in NSW, but Greens Housing spokesperson for Newtown in NSW, Jenny Leong MP last month (Oct '16 ) warned that,
"Despite Serco’s international reputation, the NSW Government has made it clear that the door is wide open for Serco to step in to the public housing sector in NSW."


"We know that Serco has met with the Minister for Social Housing and the Minister for Finance, Services and Property. We also know that Serco are already involved in public housing contracts in other countries."  "Serco are infamous for their operation of Australian offshore detention centres, which have been the subject of many complaints of human rights breaches."

Any other statements of opposition to this from Labor, the Churches, other political parties and senators in NSW?  The silence is deafening.

This is a nationwide struggle.
Please get behind your public tenant neighbours in this attack on class.
Defend and Extend Public Housing.
And get involved!

Want to learn more about Serco? Here is a good place to start
https://www.youtube.com/watch?v=KaytzykSQzk

Comments are good following this article eg‘Baird's privatising public assets again. But apparently it's progressive because the likes of Mission Australia get more taxpayer funding for their operations.’