HOMELESSNESS IS NOT A CRIME - PETITION 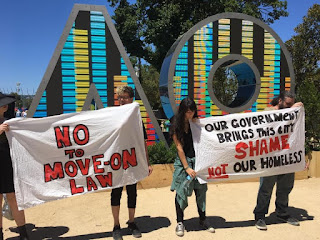 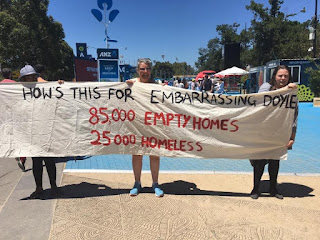 Please take the time to sign this petition protesting the introduction of by-laws which would make it illegal for homeless persons to sleep in public spaces in the CBD.!!!

This is an attack on the civil liberties of homeless people and should be resisted quickly and robustly.

If we turn a blind eye - the systemic abuse of vulnerable people gets worse...

Do we really want to follow the example of cities in the US that have switched off the water supply in public fountains denying homeless people running water as a deterrent?

Or erect spikes on park benches as has been done in the UK?

Do we want to follow the example of Houston Texas by making it illegal (  to follow one's conscience basically ) to bring food and comfort to homeless people without permission?

Are the by-laws proposed by Melbourne City Council even lawful under the Human Rights Charter?
Can someone shed light on this question for us?
Email Friends of Public Housing Vic- housing.humanrights@gmail.com
Thank-you.

Two Extracts from the article linked below on Houston Texas.
'The ordinance requires applicants to fill out a form and seek permission to feed someone while on someone else’s private property. If you would like to feed someone in a public park you must fill out another form.'

'In late November, ABC13 reported that activists delivered 75,000 signed petitions to City Hall calling for the repeal of the ordinance.'  WELL DONE PEOPLE OF HOUSTON!

I wonder how many people realise just how bad the epidemic of homelessness can become? When you look at other countries, maybe we ain't seen nothing yet in Australia...

Please help us by joining the campaign for a strong and well managed Public Housing sector- and an end to homelessness. 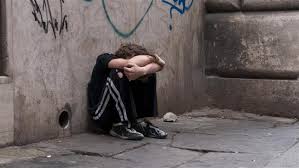 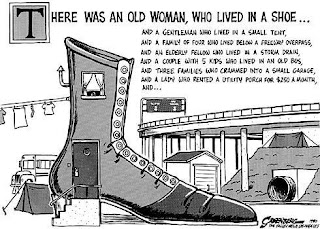 Wouldn't you think that with so much visible homelessness, destitution and human misery on our streets, that there'd be more voices saying "Hold on a minute - we really need to look into what is happening to public housing" !?

The lack of openness and transparency around this issue is an indictment on our so-called democracy.

To quote a homeless person, forced onto the streets by the unequal distribution of resources in this prosperous country - "Australia the Lucky Country!? The Hypocritical Country more like it."

Following are viewpoints from our Pro-Public Housing allies and activists.

The current malaise can be directly attributed to the subcontracting of the public housing sector by governments to both the non-profit and for profit private sector.

The privatisation and dismantling of the public housing sector removes what little competition exists in the marketplace to keep rents and housing prices at reasonable levels.

A strong, well-financed public housing sector that caters for people on low incomes, not just those in very desperate circumstances, puts downward pressure on rents (especially at the lower end of the market) and helps to stabilise and drop prices for entry level housing.

A strong public housing sector, although bad news for property investors who use investor friendly negative gearing legislation to maximise their profits at the public expense, is good news for Australians on social security benefits and wage earners who have been priced out of the property market."


The Victorian state government has signalled its intention to privatise much of our public housing, by giving it to the private sector – also known as “social”, “community” or “affordable” housing. This part of the housing sector is run by churches, charities and corporations.

Public housing tenants and the homeless want to stay in public housing. Rents are set at 25 percent of income, they have security of tenure, and all applicants are accepted (albeit after a very long wait) if their income is below the required level. None of this is true of the privatised alternative.

Already in Victoria, the titles to thousands of public housing units have been given away. Many thousands more are managed by the private sector. In its last year, Denis Napthine’s Liberal Party government announced a plan to give away 12,000 public housing units. It was not able to proceed, being booted out in 2014.

A new campaign group has formed to fight the privatisation of public housing and call for more to be built. Defend and Extend Public Housing has already organised a series of protests with the next action planned for Wed 8 February -12 pm Parliament House Steps.

"The Liberals are against Public Housing in that they believe the market should solve all economic problems.They would abolish Public Housing if they could and will go as near to that as political realities will allow. The ALP is still under the spell of Blair type economics. They think that the market must have a place in housing provision because it has become an article of faith that markets are inherently more efficient- an article of faith impervious to empirical evidence! But the market should be socially responsible and so we have these bizarre hybrids - part charity, part businesses - often with the worst attributes of both combined- the Community Housing Organisations. By contrast Friends of Public Housing Vic does not believe that the market can or should solve all economic problems. The government should intervene to solve the housing shortage in the most straight-forward and efficient way - by retaining the public housing we have and building more to meet the demand."

It is ironic, but the Liberals seem to be less willing to hand over the titles of Public Housing than Labor - not because they support Public Housing - but because it makes bad economic sense to do so. When LNP Premier Newman in Queensland unveiled plans in 2013 to transfer the management of 90% of public housing to the private sector-  the response from Community Housing Organisations was 'disappointment' that the Queensland Government had 'stopped short of title transfer.' Thankfully they did- otherwise the subsequent ALP Palaszczuk government would have found the decision virtually impossible to reverse.

It says a lot about the bias of the media in this country, that I could find no newspaper articles that supported Qld ALP's Minister De Brenni's gutsy decision to scrap privatisation plans for Logan - a massive multi million dollar project. No support for reinstating Human Rights to the state's most vulnerable people and for defending and protecting public housing- now and for future generations...??  According to the article in 'the Conversation', the Palaszczuk government's staunch anti-privatisation position on Public Housing is inconsistent with Labor policies elsewhere...

Martin Foley has stated that Vic Labor is prepared to hand over the titles of Public Housing to Community Housing. CHOs -Community Housing Organisations already own and/or manage over 18,000 properties in Victoria. This includes former publicly owned properties. In their submission to the Victorian Budget 2016/17 they are calling for the titles of 12,000 public housing properties to be given to them as well as millions of dollars in funding.

Will our politicians continue to fail homeless and desperate people with short-sighted, undemocratic and irreversible housing policies?  Remember the fiasco of the rorted National Rental Affordability Scheme ( NRAS ) - touted as the big solution to the country's housing ills by Labor and the Greens?


These housing policies are continuing to create an entrenched underclass and an escalation of  homelessness.

"Public Housing is state owned and government controlled on behalf of the taxpayer.
All this 'social housing' and 'community housing' is basically bullshit.

I was given the choice to enter either community housing or public housing and I chose
Public Housing. I want to know in my old age that I have a place to call my own- a place I cannot be kicked out of. I need security in my old age. That is only guaranteed in public housing.
If they keep going down the path of privatising public housing, homelessness we will go through the roof !
Labor's decision to demolish the walk-ups should be strongly opposed by the tenants themselves, the local surrounding communities, councils and the Trade Union movement. Any walk-ups in such a bad state that they need demolishing - a very small minority- should be done on the understanding that all of the public tenants return home. We know that this has not been the case in the past. While they are about it, they should build many more units onsite to be used as genuine public housing."

"It is disgraceful what they are doing - right across the country. Community Housing Organisations are all individual businesses with different policies and procedures. People need to wake up to this.

Some Community Housing Organisations don't give a damn - people need to realise that too. Labor doesn't care what happens to people who will become more vulnerable to homelessness.

Homelessness has already risen because of the transferring of public housing to Community Housing Organisations. The amount of money Labor is throwing at the problem of homelessness or Domestic Violence is achieving results that are just a drop in the ocean. It is money which would have been far better spent fixing public housing and starting a re-building program.What we need is an increase in housing stock." 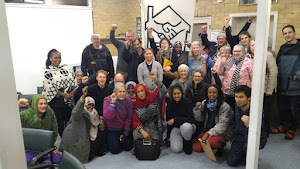 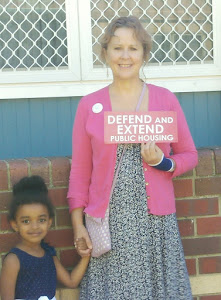