IN THE PUBLIC INTEREST...

COMMUNITY ( SOCIAL ) HOUSING WANT TO BE GIVEN THE TITLES OF 12,000 PUBLIC HOUSING PROPERTIES 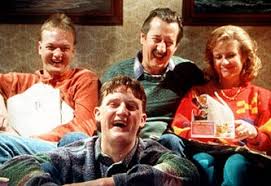 
WHY IS HOMELESSNESS ESCALATING ?? The main reason is that PUBLIC HOUSING is being PRIVATISED by stealth - both major political parties are doing this - and successive state governments are refusing to build more housing to address the urgent need.

Public Housing stands at a ridiculous and tragic 3% of all housing in Victoria- ( Shaw ) and even that is not safe from developer greed and private empire-building ambition!

( Interestingly when the Liberals were in power in Victoria, they were less coy about using the word 'privatisation' whereas the Andrews Labor government wants to avoid the word at all costs! )

As you can see from this Budget Submission, Community Housing ( also known as 'Social Housing' ) want the titles of 12,000 publicly owned properties, as well as public land to be handed over to them. They also want millions of dollars in start-up funds, and continuous access to public money in the form of Commonwealth Rent Assistance. CRA is not needed by public tenants whatsoever- because public housing, being outside market forces, is the only truly affordable housing available for those on low incomes, and on pensions.

Their active role in Labor's "Public Housing Renewal Program" as outlined in this budget submission makes it highly unlikely that public tenants will be returning to PUBLIC HOUSING - owned and managed by the government - as many public tenants have been assured they will be...

The fact is that under the  Residential Tenancy Act, Community ( Social ) Housing landlords are identical to private landlords.

The major players, the ones most likely to win lucrative government tenders, are the Housing Associations which are also property developers... ( so don't be fooled by the cosy, folksy term Community and Social Housing )

So many organisations and individuals have been co-opted and this has been cleverly orchestrated for years. It surprises me that many well- meaning people who talk sympathetically about homelessness, think it is somehow ok to continue to obscure the role of Community Housing in the privatisation of Public Housing. Often they have career aspirations in the burgeoning Community Housing sector, and therefore there is a conflict of interest involved.

Friends of Public Housing Victoria will continue to try and get the truth out in the public domain.
The public have a right to know what is going on. There is no excuse for lack of transparency and ongoing secrecy.

After all Public Housing is a public asset. Once its gone, it's gone forever.

Friends of Public Housing Victoria's position is that if we continue to go down this path of privatisation, the tragedy of homelessness will continue to worsen... 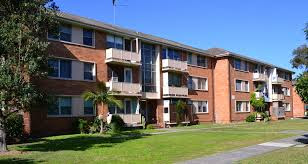 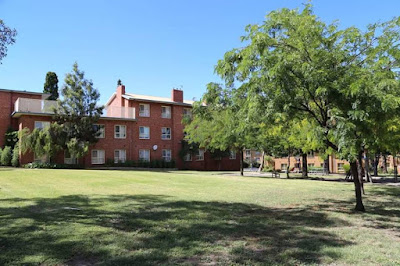 There are many wonderful enclaves of public housing in the inner city. These public housing flats in Nth Melbourne are going to be bulldozed, the residents uprooted and displaced, and the public land sold off to developers. The peak body for Community Housing says in their submission that many of the inner city walk-up flats targeted for 'renewal' by the Andrews government, are in need of 'total replacement'. We don't agree. Most of these homes are perfectly habitable and in good condition. Those that need renovation should be renovated, but they should remain public assets. Noone St Public Housing Estate in Clifton Hill, also slated for demolition, was extensively renovated ten years ago and is in very good condition.

Thank-you for the growing interest in this blog. Help us to Save Public Housing! 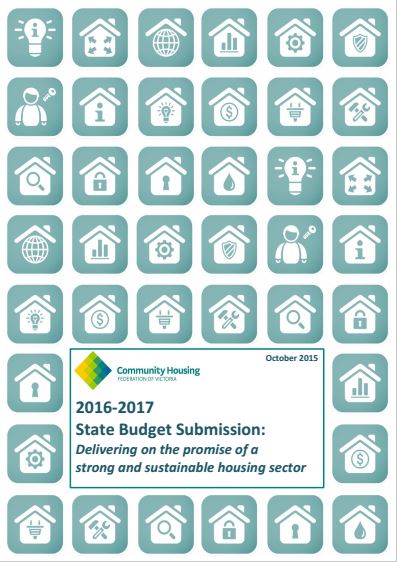 To find out more about this Budget Submission 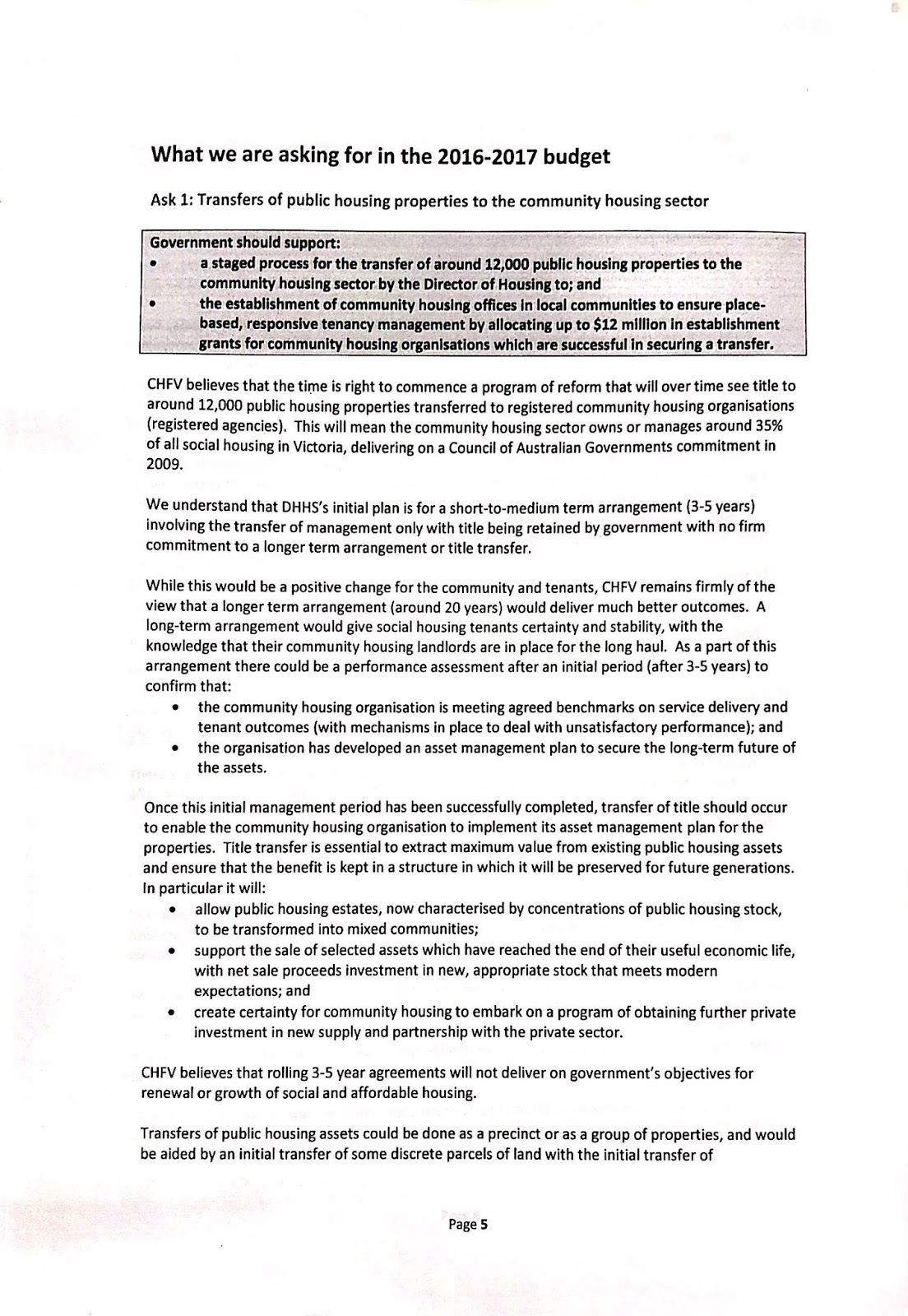 
This short clip takes only a few seconds and is so cute.
"Hello" from a little fellow who lives with his family in public housing.

Contrary to the constant stigmatising by the media, some of the nicest people I've met in my life have been public tenants. Friendly, hospitable, cheerful, down-to-earth, without pretensions.'What you see is what you get' with public tenants. Decent, genuine people. Some real characters live in Public Housing. And a whole range of cultures is represented.

Living here on my little public housing estate is like living in a small cohesive global village. All summed up in one word- COMMUNITY.

Labor has said it will create new communities after the redevelopments ( mostly privatised ). What is that supposed to mean? They are covertly destroying rich multilayered communities where members have established long-term relationships with one another ( Removalist vans can be seen clearing the estates of public tenants under the guise of Labor's Public Housing Renewal Program ) - to be replaced by so-called new communities in the future. "Instant communities - just add water." No, communities don't work like that.

There is a lot of love to be found in Public Housing, as public tenant activist Clare Hansen addresses in her speech below. The academics call it 'social capital'.

SHAME on Labor for its shabby and despicable treatment of public tenants, and its dismantling of public housing. Once gone we can never get these assets back. The land will be sold off and the public housing handed over to Social / Community Housing.

Please read the following speech by Clare which was delivered in front of the Department's Housing Office office on the Ascot Vale Public Housing estate. Clare is a public tenant living on the Ascot Vale estate, and a member of the tenant-based group called S.A.V.E. ( Save Ascot Vale Estate )

“Hello everybody my name is Clare. Some of you know me and some of you don’t. I hope that during this movement we will get to know each other because togetherness is the power we need.

I have been here for over 8 years. It’s the longest I’ve lived anywhere and I hope to be here for many, many more years, and that is the very reason we are here today.

Everyone is 3 steps from homelessness. Unemployment, family break down, or a poor decision can all lead to homelessness. Nobody believes it can happen to them but it can and does. I was very lucky. I was thrown a lifeline. We were all thrown a lifeline. I never forget it, and we must all remember the lifeline we were thrown. That life line is our homes here. They are not simply flats. They are our homes.

I’ll admit to being nervous when I first moved here. Like untold thousands of Australians, I too was a victim of misinformation about public housing estates. The press, the government and the big end of town, indeed people who have never been here, would have it that public estates are riddled with crime, daily violence, drug dealers, drug addicts, alcoholics and constant serious trouble.The people who believe this have never been here. This misconception and misinformation is endemic. It is also completely untrue. I have lived in some pretty fancy suburbs so I feel well qualified to make a comparison and dispel the myths about public estates. Indeed, it is quite the opposite. I feel safer here than anywhere else I’ve lived. When I lived in private housing, I never met my neighbours- never knew their names. Here I know so many people. We all do. We look after each other. We care for each other. The sense of community here is overwhelming.

The Andrews state government want this land. They want to sell it to private investors. They want to build tall towers and pack as many private tenants in as they can. Right now they are being rather quiet about Ascot Vale because there is an election coming up in November. Don’t be fooled. This electorate is in Labor heartland. But we have a voice. Consider your vote very carefully. We will raise our voices and we will be heard.

The "Social Housing" the government keeps talking about is not Public Housing! I have tried and tried and tried to get certain politicians and political representatives to say the word “Public”. So far, I have had no success. So be assured, if this estate is demolished it will be 90% or more private. We will all be moved to who knows where, and we probably won’t be coming back. Our wonderful community will be torn apart. Despite words to the contrary, we’ve been given no real assurance that we will be coming back. we will probably never see each other again.

I have a list of demands for the Moonee Valley Council and the State Government.
1. The state government - the Andrews government - should immediately rescind its plans to privatise public housing in Victoria.

4. The Moonee Valley council has so far supported the governments privatisation plans. Councillor Nicole Marshall has justified the redevelopment by painting the estate as a violent place that locals are ‘scared to walk through’. Rather than demonise public housing tenants, the Moonee Valley council should pass a motion opposing the privatisation of public housing and supporting redevelopment only where it is necessary and only when 100% public housing will be built in its place.

5. The Victorian Public Tenants Association or VPTA - an organisation that is supposed to defend the interests of public tenants - has also supported the government's plans. The VPTA should release a public statement denouncing government plans and demanding the expansion of public housing to service the 37,000 long public housing waiting list.”