Many Australian newspapers have barely mentioned either 'public housing' or 'social housing' when reporting on the Grenfell Tower disaster. Why?

Everything to do with public housing in this country at the moment is highly charged and political and kept tightly under wraps. Grenfell Towers is UK Council Housing, similar to our Public Housing, and the Councils had outsourced its management to a private company called 'Kensington and Chelsea Tenant Management Organisation'- KCTMO.

This tragedy must create the space to openly and fearlessly discuss the broader issues that caused and contributed to this horrific disaster. In Victoria we are poised to outsource management of Public Housing to housing associations, as the politicians try to convince us what a great success 'social housing has been in the UK' - NOT.

Modern societies are becoming increasingly divided by class- the haves and the have-nots. Governments shirk their responsibilities in favour of privatisation and outsourcing to corporations - and the people at the bottom of the economic scale are systemically subjected to lies, neglect, trickery and contempt. The poor are expendable.

There are certainly parallels between the situation in the UK and what is happening in Australia.
Below is a link to an article in The Conversation by Dr Kate Shaw - but articles such as hers are the exception rather than the rule...
https://theconversation.com/why-should-the-state-wriggle-out-of-providing-public-housing-79581?sa=pg1&sq=wriggle+public+housing&sr=1

An extract from the article,
'The Victorian government’s 2017 housing policy contains a bulk transfer of public housing to housing associations. Housing Minister Martin Foley’s explanation is that “the state is a terrible housing manager”.

Well, whose fault is that Labor!?  Honestly, what a pathetic excuse
- and a total abrogation of all responsibility.

The UK firm KCTMO might well be facing a criminal investigation since it is becoming clear that a whole history of complaints by tenants have been ignored, as well as inappropriate cladding installed.

Picture below - Protesters force their way into Kensington and Chelsea town hall on Friday to demand justice over the Grenfell Tower fire. 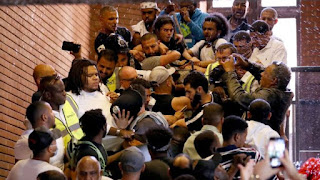 In the wake of this disaster, another UK 'Social Housing Management' Corporation, called 'Nottingham City Homes' is installing sprinkler systems in 13 of its high-rise properties, admitting by this action that their fire safety systems were also inadequate and dangerous.

"Spending cuts, deregulation, outsourcing: between them they have turned a state supposedly there to protect and support citizens into a machine to make money for the rich while punishing the poor. It’s never described like that, of course. Class warfare is passed off as book-keeping. Accountability is tossed aside for “commercial confidentiality”, while profiteering is dressed up as economic dynamism."  Aditya Chakrabortty

UPDATE - KCTMO CEO QUITS to "concentrate on assisting with the investigation and inquiry”.
https://www.theguardian.com/uk-news/2017/jun/30/grenfell-tower-management-chief-quits-to-focus-on-inquiry-robert-black-kensington

Excerpt
"The latest accounts filed by KCTMO with Companies House show that “key management personnel”, led by Black, shared £760,000 in salaries for managing properties in the borough.
The company was paid £11m by the Royal Borough of Kensington and Chelsea to manage social housing in 2016.
KCTMO contracted the £10m refurbishment of Grenfell to a private construction firm, Rydon, which in turn subcontracted some of the work, in an illustration of the rewards on offer to private firms from social housing projects."
Sources
https://theconversation.com/why-should-the-state-wriggle-out-of-providing-public-housing-79581?sa=pg1&sq=wriggle+public+housing&sr=1 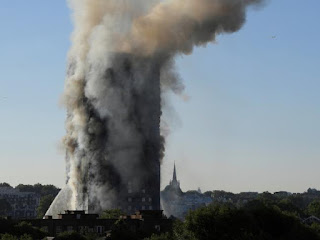 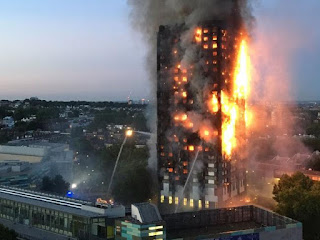 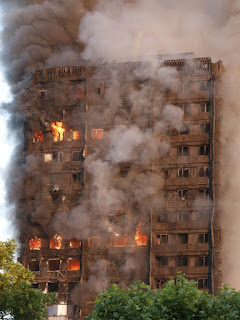 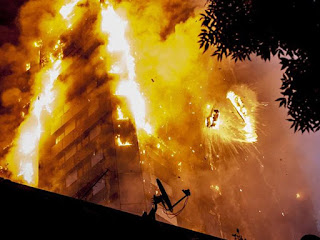 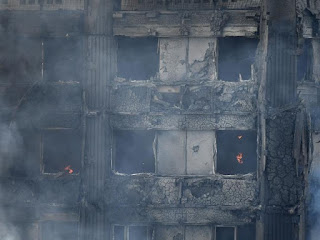