SOMEBODY HAS TO SPEAK OUT AND DEFEND PUBLIC TENANTS FROM THESE PLANS BY MARTIN FOLEY AND VIC LABOR PARTY!

BIG THUMBS UP TO ADAM BANDT FOR DOING SO.
. 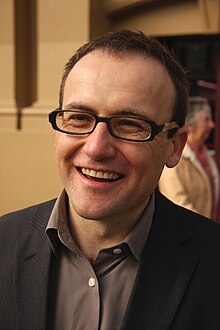 FROM THE FEDERAL GREENS
http://www.adambandt.com/ascotvalepublichousing
cut and pasted

Labor is planning to sell off public land in Ascot Vale to private developers.

Labor's plan could force residents to move out of their homes and break up the existing community.

It’s likely some current public housing land will be replaced with high-rise private apartment buildings, and the community will lose valuable open space.

Replacement social housing may not stay in public hands or meet the community's needs.

Join Adam Bandt and the Greens at a public meeting to fight for public housing.

In February this year 2017 Adam also issued a Press Release when Martin Foley, Vic ALP Minister for Housing revealed his plans for 11 public housing estates - plans that will reap megabucks for consortiums, developers and companies and deliver stuff-all in addressing the housing crisis, housing the homeless, or alleviating the 34,000 on the public housing waiting list.

Why was there no Media coverage regarding the press release from Adam Bandt's office ??

On the so-called 'public housing renewal', Labor says that there will be a paltry 10% increase in the building of  'social housing' on these sites. Do not assume this to mean public housing!!
And on what is now precious public land, expect huge private development.

As we have seen in Ashburton, this can also result in an actual reduction in the capacity to house people due to changes made in the number of bedrooms - replacing 3 bedroom homes with 1 and 2 bedroom dwellings.

Wake up and smell the coffee!

The 'Renewal of Public Housing' under Labor appears to be a front for the privatisation of public housing and public land- the displacement of vulnerable people and families- and the gentrification of the area. And on a truly massive scale!

1,100 public housing homes to be demolished. According to tenants, many of these were recently fully renovated and most are safe and comfortable.

Adam Bandt - 'There was a time long ago when the Labor party believed in building public assets like public housing, but it seems they are now just following the Liberals’ privatisation agenda.'
Posted by Fiona Ross at 20:43 4 comments:

FOPHV - OUR MESSAGE TO THE ASHBURTON COMMUNITY 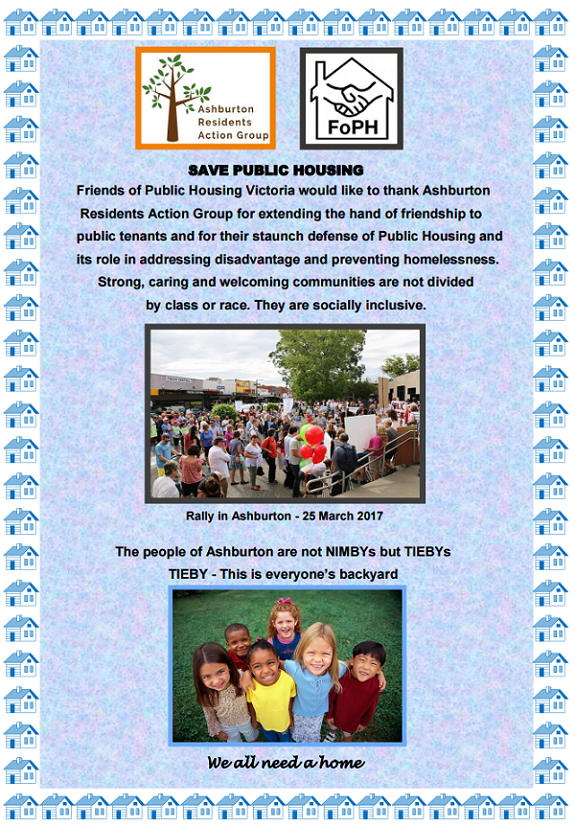 COUNCILS OPPOSE ALP ON ITS SELLOUT OF PUBLIC HOUSING


I recently made an appointment with my GP, who blithely advised me to give it all away ( ie the Save Public Housing campaign ) if it was causing me stress. That's very easy for him to say! General Practitioners in Australia make around $200,000 per year plus. They live in comfortable luxury homes and their children have the benefit of a stable and secure home-base - an essential foundation for their future life. Working class children need this same security and stability which is one reason why we have public housing!

So no, we can't just walk away and allow this public asset to be privatised ( in sneaky and deceitful ways ). Friends of Public Housing is made up of a great team of people devoting their time and energy to this cause -and we are growing all the time.

HOMELESSNESS
We have been involved in opposing the changes to the legislation regarding homelessness. Another  meeting is being held at the Town Hall on Wednesday 24 May at 3 pm  which we only found out about by word of mouth. This public meeting has not been well advertised.  It should have been, especially when you consider the amazing outpouring of submissions received. Many point out the obvious to Council- that the proposed changes do not address the cause - and speak of the need for more Public Housing. The public is clearly against the proposed changes to the legislation. It will be very dictatorial of City of Melbourne if it goes ahead with it anyway.

Says The Age  "About 84 per cent of the 2556 people and organisations that responded to a call for feedback were against the camping ban.
"A move to charge homeless people $388 to get their confiscated possessions back from the council received almost no support, with 98 per cent against it."
"Numerous legal groups, including Victoria Legal Aid, were united in the view that the laws are a breach of human rights."

RALLY FOR MORE AND BETTER PUBLIC HOUSING IN ASHBURTON
FOPHV attended the Rally organised by the Ashburton Residents Action Group.We received a warm welcome from the people of Ashburton. In the next post I will put up the Certificate of Appreciation which we sent to them.

This rally was featured in a very positive pro-public housing episode of A Current Affair, which made a refreshing change from the usual public housing/ houso-bashing we see all the time in the media.

There were some incredulous reactions to this episode of A Current Affair. Some people think life begins and ends with their property portfolios. Don't they have any overall vision for society?

The following mindset is not uncommon.
"Just watched A Current Affair on 9view, an episode recently on Ashburton in Melbourne,where rich residents are campaigning for MORE public housing to be built in their Suburb.'
'I really can't believe home owners want more houso's'
'Its only going to drive property prices down not up'.
'The episode showed rich home owners with houses 2 million plus protesting in the streets for more public housing in their Suburb,quite ludicrous,unless of course there is a hidden agenda?'
'Must be a hidden agenda surely? Can't see myself investing in Ashburton now though.'
'Strange that the home owners in Ashburton actually WANT more houso's in their area? Personally I wouldn't want it in my backyard !!!'
And from a Chadstone resident 'one of the reasons why Chaddy skyrocketed so much was due to the ex commission houses being purchased and knocked down."

It is tiresome that the 127,000 Victorians living in public housing are constantly referred to as 'housos' -used as a derogatory term.

Positive Comments 'I applaud your community for its humanity.'
'Keep up your true Aussie spirit!'
'Under the current government, it seems developers win out over democracy every time"
'Height & bulk restrictions should apply to all development and planning should be fully transparent. This is over-development to line the pockets of a few rather than for the benefit of many'
'I think this area should remain as public housing only. By all means, the area needs to be dramatically improved, but it should only be used to provide quality public housing. The number of units/flats could be increased up to 100, but only as low rise, quality housing. The land is public land and should remain so.' 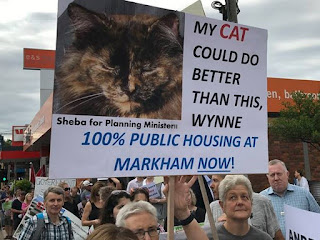 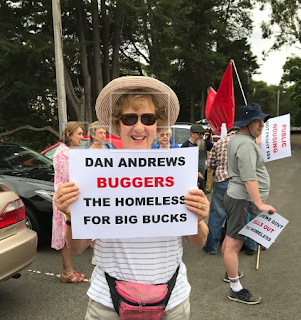 "There are few more serious breaches of faith in a democracy than governments lacking transparency and using extreme powers to force through a decision at the expense of the community.

The Victorian Government’s approach and proposal to redevelop public housing at Markham Estate in Ashburton has been ill-thought-out from the very beginning:

The Minister for Planning took away Council’s planning control and made himself the responsible planning authority for the site.

The Minister refused to allow the community to have the usual rights which apply in any other planning process. The community is barred from their normal notification processes or to an independent appeal process.

The fact remains that cramming 250 dwellings on what used to be a 56-unit development is ludicrous. It will cause traffic nightmares and will destroy our beloved neighbourhood character.

The cost neutral economic basis for the size of the development includes the cost of land that was bought and paid for by the Victorian taxpayers many years ago. This cost should be excluded, enabling a smaller scale proposal, more in keeping with the area.

Over the years, we have lost a significant number of public housing dwellings within the City of Boroondara. With nearly 2000 people in inner-eastern Melbourne on the waiting and transfer list for public housing, Council supports increased public housing in our city.

We will keep you posted..