We thank the Quakers for their support

The Religious Society of Friends - Northern Suburbs Meeting - sent us a message of support in which they urge the government not to transfer any more public housing properties to community housing organisations.
Please read on.. 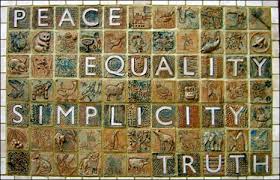 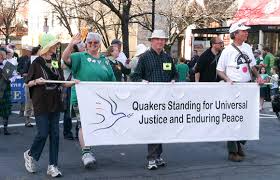 On behalf of the Northern Suburbs Local Meeting (NSLM)
of the Religious Society of  Friends (Victoria).
‘The meeting expresses its support for the provision of adequate public housing in Victoria. We note with concern the report in Fairfax media that in May 2015 the total waiting list for public housing in Victoria was 33,900 (The Age 10 July 2015).
Given the extreme hardship caused by homelessness and housing insecurity we urge the State and Federal governments to ensure that the current stock of public housing is significantly increased in order to reduce the number of people on the public housing waiting list.
In particular, we urge governments not to transfer any public housing properties to community /social housing organisations. Instead we urge that additional funding be provided for public housing and community / social housing in order to increase the supply of affordable and secure publicly funded housing.’

The Religious Society of Friends – commonly known as Quakers - had its origin in England in the seventeenth century. It sprang from the religious experience of George Fox, but numbers of Seekers had already separated themselves from the churches and were meeting together for worship without any ordained priests or ministers, and without the use of any rites such as baptism or the eucharist. The basis of their worship was silently waiting upon God.
taken from their website            http://www.quakers.org.au/?page=A2
Posted by Fiona Ross at 04:43