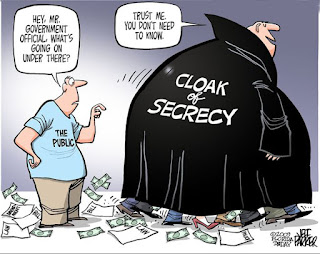 Here is an account by a Friends of Public Housing member in the Western suburbs while collecting signatures for the campaign. This information was written up in an incident report at the time with the local Neighbourhood House in the area.

It happened while the Liberals were in power in Victoria, and it illustrates another example of the ongoing disempowerment of public tenants - especially regarding the politically sensitive issue of transferring public housing stock - our homes - to non government housing businesses.

Deliberate disempowerment, of one form or another, is ongoing.

Another public tenant and member of FOPHV was very concerned about the proposed take-over of public housing by 'community housing' organisations and the changes that would take place as a result of it.

Only a few weeks ago, she asked her local housing officer, 'What's all this about community and social housing?'  She was told that there is no point in discussing it until it happens. Of course by then it is too late.


*******
It is unknown what organisation or government department the people in the car belonged to.

Gathering petitions, going door to door in Adamson Street Braybrook I saw a brand new car going into a set of units. There were three people in the car. As I got closer to the units, I saw them coming away from the units. One of them approached me. She asked me what I was doing and I told her that I was collecting petitions against the privatisation of public housing. She wanted to look at the petition so I showed her. She then wrote down the BMSPTA ( Braybrook Maidstone Sunshine Public Tenants Association ) contact number and told me that the Friends for Public Housing document and the petition were illegal because it didn’t have a signature on it. I asked her who she was. She didn’t respond. She asked me what I was getting out of it. I told her that it was volunteer work. She then got in the car and left. I went to the units. When I knocked on the door the people wouldn’t sign the petition as they had been told not to sign by the people in that car. I don’t know where they were from. Next time, if I see them I will get the rego number.