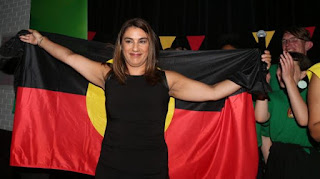 I've had a break from writing in this Blog, but certainly not from the campaign- we have been busy defending public housing and public tenants' rights and the campaign is gaining in traction with groups like Fair Go For Pensioners and Melbourne Unitarian Peace Memorial Church and Housing For The Aged Action Group ( HAAG ) coming together to fight the good fight. I'd especially like to  mention three amazing, hardworking and inspiring women- Lew Wheeler, Marion Harper and April Bragg from these organisations. Together with Friends of Public Housing Victoria, we have formed the campaign 'HANDS OFF PUBLIC HOUSING'. Another strong group arising is PUBLIC HOUSING DEFENSE NETWORK and I will talk about them more in another post.

Today I'd like to talk about the historic win by The Greens in Northcote. It is a win for indigenous Australians- Lidia Thorpe being the first Aboriginal woman elected to Parliament in Victoria. How good is that !!!

She also grew up in public housing, and spoke at our recent rally on the Walker St Public Housing estate, about how she wouldn't be where she was today if it hadn't been for public housing, and the understanding and respect she has for our strong communities.

Yesterday I attended the polling booth at All Saints Church in Northcote, opposite the Walker St Public Housing estate. I was handing out 'How-to-Vote' cards for Independent candidate Joe Toscano - a staunch ally in the public housing campaign.

As the tenants trudged up the hill to vote- Africans, Muslims, Anglo public tenants, many with  families in tow, I thought, 'What great communities we have in Public Housing, and so unfairly stigmatised'. And on Voting Day, they were exercising one of the few powers that they do possess - to let Labor know what they think of their plans for public housing !! And they were mighty pissed off with Labor - that much was clear on the day!

Both Labor and The Greens ran on a housing platform - with Labor focusing on young home-buyers and renters, basically ignoring public housing in its campaign altogether.... The Greens leading up to the election supported public housing and public tenants' rights and tried to expose some of the myths surrounding Labor's 'renewal program'.

All Saints Church held a sausage sizzle with home-made sandwiches, and its op-shop was open for business.

This church community have been wonderful in their support for public housing and their concern for their public tenant neighbours. Ms Alma Ryrie-Jones, a policy writer and church warden, has spoken publicly on the issue- highly critical of Labor's 'public housing renewal program' which would result in a huge loss of public land in exchange for a paltry increase in 'social housing'. In any case, we need true public housing - owned and decently managed by the government - NOT privatised 'community housing' or 'social housing'.

Alma is going to propose that a banner be put up across the Church which will read  "ALL SAINTS SUPPORTS PUBLIC HOUSING".

How wonderful for the public housing community of Walker St to know that this church community understands what is at stake, is concerned for the rights of public tenants, and basically 'has their backs'.

Taken from The Herald Sun, a quote by Lidia Thorpe

“The Northcote community has sent a clear message that they want Greens policies — ending Labor’s logging and creating a Great Forest National Park, fixing our overcrowded public transport, no sell-offs of public housing and proper rent control, and making sure schools don’t have to wait for a by-election to receive the funding they desperately need."


I will write posts at least once a week, and include guests' posts, to keep you up to date on the Hands Off Public Housing campaign - stuff you are not likely to read in the mainstream news. Even when the public tenant vote most certainly helped to push Ellen Sandell across the line in 2014, there was very little mention of it by any of the newspapers in their analyses.We must be invisible to them or something.

I'm sitting here with my laptop on a pleasant Sunday in my little public housing flat. The local primary school is having a fete and I can hear the music playing and the children squealing as they play on the rides. I'm now going to take my neighbour's children across the road to the fete.

Here they are at the Royal Melbourne Show. Till next time, Fiona 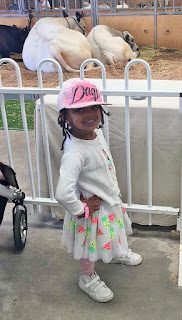 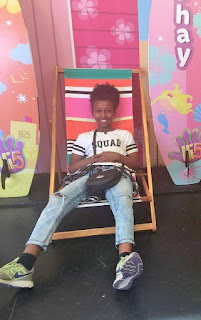