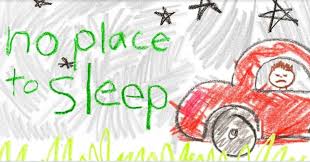 Both sides of the fence of the game we call 'politics' is ready to outsource public housing, hand over titles of publicly owned properties, bulldoze public housing to make way for private enterprise, sell off public land etc. The only difference is that Labor is more covert about their plans... SHAME on Labor.
We need to hang on to all the public housing we still have- there is precious little to meet the desperate need as it is.
The Public Housing Renewal Program is still proceeding, despite the fact that the findings of the Upper House Inquiry have not been tabled yet. Public tenants are being moved out as quickly as Labor can do so. This program is wrong on on every level you can think of...
Dismantling and destroying the public housing system is a betrayal of the working class. Working class women and victims of domestic violence will be abandoned by governments unless there is ready and immediate access to public housing. Yes, this is a feminist issue.
Enough talk-fests and conferences about housing and homelessness which deliberately omit any discussion regarding the privatisation by stealth of public housing. That is so hypocritical.

The problem is primarily a practical one.
Save public housing and build more of it! 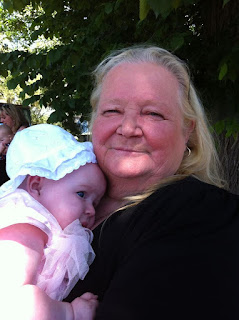 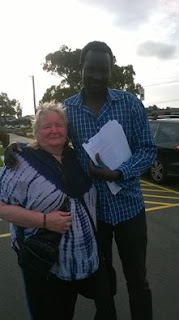 DOMINIC and DEE- Friends of Public Housing - Western suburbs
DEE'S SUBMISSION TO THE UPPER HOUSE INQUIRY
My name’s Dee and I work with Friends of Public Housing in the Western Suburbs.
I’ve seen a lot of public housing torn down to make way for private properties in Braybrook, Sunshine, Maidstone and Footscray. There's no priority by the government to make any of these places available for the homeless, which is why people are forced to become squatters. My heart goes out to them.
I’m from Georgetown Tasmania. I was born and raised in the back bush of Tasmania.
I’m a domestic violence survivor from the 1970s.
In the late 70s I got into public housing in Tasmania but in the early 80's, to escape being victimised, I came to Victoria with my four kids.
I know what its like to have a loved one murdered due to domestic violence. I know what its like to be trapped in a catch 22 - I’ve had my children removed just because I didn't have a roof over my head. All this pushed me to the brink of insanity.
I was lucky enough to get into public housing again in Victoria and we stayed there happily for the next ten years.
I did Community Work with others who suffered domestic violence- single mums and street kids. I moved out of my public housing flat and back into the private sector. With some help from a relative I saved up and bought a caravan. A storm and a falling tree damaged the roof of my caravan and once again I lost my home.
We all ended up living in private rental properties. Housing Commission wouldn't look at us because I wasn't on the list for long enough. When my children were old enough and left home, I found myself couch surfing, as they call it today, at 58 years of age. I pushed the government, visiting MPs and such, and I was finally put in Public Housing again and I've lived here ever since.
Today, I'm a happy little vegemite in my little public housing unit for tenants over 55 with a disability, and I’m only leaving here when they take me out in a box. Unless the government chooses to stuff me around!
Many public tenants have been to hell and back. There's reasons why we are in public housing. No-one takes the time to care and find out why. People are so quick to judge.
Because we have lived through it, we know what we are talking about. We could help solve the problem of housing. But no-one is asking us. Instead the government is hiding behind plans of privatising public housing and thinks we are too dumb to know what they are up to. But we've got news for them. We do know what their plans are, and we plan to stop them!
Because of my work I have seen a lot of homeless, defenseless people, and I have seen a cycle where homeless people get depressed and mentally unwell, they have to see a doctor or psychologist, end up having to go into a psych hospital, and then its back on the streets- homeless again. This costs the taxpayers billions of dollars and this cycle can stop if the government will just get on with the job of housing the homeless.
Regarding the Public Housing Renewal Program, unless the homes are unsafe and need to be condemned, then leave the damn places alone. If tenants are forced to leave, what will their future be? The government has said they will be putting public tenants into private rental properties, at more cost to the taxpayer. The State Labor government needs to make up a legal document so each tenant and family will be returned to the same sized unit and guaranteed that it will public housing not private community or social housing.
Community Housing or social housing is totally different to public housing. For starters they discriminate about who they house. They charge more rent and the security that public tenants have in public housing is not there in community housing.
Governments are saying they want to mix public and private people together. Salt and pepper. This doesn't work. They don’t accept us. They think we are housos and scum of the earth.
It’s a known fact that domestic violence is everywhere but the rich protect themselves with high fences, walls and intercoms.They don’t want our old rattlers and bombs parked next to their BMWs, Volvos, and Mercedes.
The estates should stay where they are, for public housing and public tenants in the inner-city like its always been.
DEE.