WHY PUBLIC HOUSING IS A FEDERAL ISSUE.

FIRSTLY - PRAISE FOR THE COMMUNITY LAWYERS. 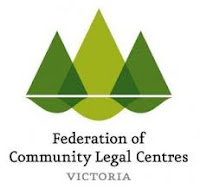 PROTECT PUBLIC HOUSING AND THE RIGHTS OF PUBLIC TENANTS.

The voice of Friends of Public Housing is not a voice in isolation.

Please read their Campaign material - and then we urge you to sign their petition.

Sign the petition to Save Public Housing, and to defend the human rights of the vulnerable, and politically powerless.

Sign the petition because the process of consultation is so flawed as to be extremely unjust - as highlighted in the Report on the Upper House Inquiry into the Public Housing Renewal Program.

Sign the petition to acknowledge that without Public Housing, homelessness will only get worse!

And finally sign the petition to support the Community Legal Centres - because the political climate surrounding the privatisation of Public Housing -  where the profits accrued by an elite will be astronomical - is having the opposite effect on so many of our publicly funded organisations - they are keeping quiet, going along with it, rather than speaking out.

"The Federation of Community Legal Centres is critical to a healthy, functioning democracy, because we stand up for people and causes that aren’t backed up by power and wealth. We’re independent from government and corporations, and accountable first and foremost to our communities.

In addition to supporting Legal Centres to do their most impactful work, the Federation works to achieve economic and social justice at a systemic level via strategic policy, advocacy and campaigning work.

Our vision is for a community that is fair, inclusive and thriving: where every person belongs and can learn, grow, heal, participate, and be heard."

Vic Labor's misnamed 'Public Housing Renewal Program' will result in the privatisation of nine free standing metropolitan public housing estates - Ascot Vale, ( located on 77 acres of prime real estate ) Brighton, Brunswick West, Clifton Hill, Hawthorn, Heidelberg West, Nth Melbourne, Northcote, and Preston.
Two other walk-up estates, that are adjacent to high-rise public housing in Prahran and Kensington, are also undergoing the same upheaval. In short - eleven public assets, both the land and the homes, are to be sold off, demolished and privatised - communities destroyed, and people displaced from their homes and neighbourhoods.

And all this is just the tip of the iceberg ...

Contracts have been signed for the first three of the eleven public housing estates due to be privatised. -  These are in Northcote, Preston and North Melbourne.

The Community Legal Services state that "The first three public renewal sites will have no public housing."

Got that folks? In spite of all the newspaper articles you might have read, there won't BE any public housing at the end of the process - according to the first tranche to go across!

The government is busy trying to disguise this fact by re-inventing the meaning of public housing. In fact the whole privatisation of public housing has been facilitated and obfuscated by the clever misuse of the language, which I keep talking about in this blog, because it is crucial in understanding how governments around Australia are able to get away with privatising such an essential public asset, without the knowledge of the general public.

We always use the term Public Housing as it is generally known and understood - Housing that is owned and managed by state governments on behalf of the people -a public asset.

Community Housing in Victoria - (also known as Social Housing ) is comprised of 39 registered separate companies with different policies and procedures. They are identical with any other private landlord under the Residential Tenancy Act.

"There are 82,000 people on the Victorian waiting list, 25,000 of them being children. Every single week 125 new applications from individuals or families are received – we are in a crisis."

"We need massive improvements and large-scale build of public homes like we had in the sixties, not privatisation."

"Send the Andrews Government a clear message that they need to protect public homes in Victoria and the rights of the people that live in them."

"They have recently announced a private developer will rebuild homes that were once public and a private organisation will run the homes instead of the Government. "

The companies that will be running what was formerly public housing, will be 'Community' or 'Social' Housing.

"What we need is "a large scale build of publicly owned and managed homes in Victoria to remove the 82,000 people from the waiting list."

The Community Lawyers have grave concerns for the rights of public tenants. They state that "the shift to Community Housing will result in an erosion of their rights".

"People living at the renewal sites have been promised by the Minister that they have the right to return and retain the same housing protections as before. However, based on the information currently available, it appears this will not be the case"

Hundreds, if not thousands, of public tenants ( many with disabilities, elderly people, and migrants with limited English ) received fridge magnets and letters from the Victorian Housing Minister personally assuring them of this - and they left their homes in good faith. What a travesty of justice!

I'm proud of the Federation of Community Legal Centres. You should be too.

Here is the link to their Petition

You don't have to be a Victorian to sign - because the same thing is happening across all Australian states!

Friends of Public Housing Victoria is genuinely non-party political. We believe that homelessness and the need to save Public Housing are issues that should be of concern to everyone, regardless of their political stripes.

WHY IS THE PRIVATISATION OF PUBLIC HOUSING A FEDERAL ISSUE?

Under the Commonwealth Federal Housing funding agreement, one of the outcomes stipulated is the 'transfer of public housing to Community Housing providers'.

At the pointy end of the housing crisis, this is unacceptable to any fair-minded organisation that advocates for public tenants or is involved in homelessness services.

And the far-reaching consequences of this policy will impact on everyone in the longer term by entrenching the housing crisis for people on low to moderate incomes already struggling to pay high rents.

Transferring public housing across to private interests will make matters worse -and it can be likened to merely shifting the deckchairs on the Titanic! The government needs to take responsibility and fix the problem.

Why is the Commonwealth getting so heavily involved with the states and their public housing?

We are assuming that most candidates for the Federal election would not be aware of this Government strategy.

The Federal plan linking funding to the states with the directive to transfer public housing will further reduce the very low number of public housing right across Australia. In Victoria the amount of public housing is a miniscule 2.7% of all housing - less than 3 homes for every 100 homes!

Slowly but surely we are losing Public Housing all the time - death from a thousands cuts.
Is it any wonder that homelessness is escalating ....

Feedback is invited from all political candidates regarding this Federal Government strategy.

Candidates from major parties, smaller parties, tiny parties, and independent candidates are invited to put forward their views on this. The privatisation in general of public assets, the future of public housing, and the rise in homelessness are real issues of concern to voters.

The high number of visitors to this blog is an indication of this.

Candidates can get in touch by emailing us at housinghumanrights@gmail.com
Comments, viewpoints and statements can be featured in the next blog-post, OR candidates can add a comment below. Candidates can also get in contact with us via our Facebook page. https://www.facebook.com/FOPHVIC 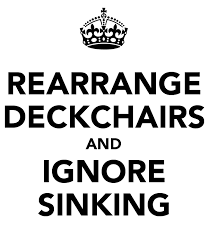