When the Liberal Coalition party were in power in Victoria, it was alleged that at a meeting between a senior Liberal politician and community housing representatives somebody asked the question


'What about the public tenants?'

Maybe the reason for the question was unease about entering into massive paradigm -shifting changes in housing policy, without the knowledge and consent of the public tenants themselves.


Maybe the questioner was disturbed to be entering into arrangements ( involving the prospect of big, serious money and masses of properties ) which include the very real possibility of mass displacement of public tenants from their homes - the end result being homelessness?


However, it was alleged that 'community housing' members present at the meeting were told that they needn't be overly concerned because


'PUBLIC TENANTS DON'T FEEL THE SAME WAY ABOUT THEIR HOMES AS THE REST OF US DO.'


On discussing the fuel exise - ' the poor don't drive'
and the solution for first home owners is 'to get a good job'.
And furthermore, we can rip the homes away from public tenants with impunity because public tenants are somehow different to the rest of society – we don't feel the same way about our homes as other people do …

A dangerous prejudice that attempts to justify policies of mass displacement.
Take Queensland for example. A decision was made by the Liberals in 2013 to 'move on' - displace - 250,000 !! public tenants from their homes to make way for 'community housing'.  QCOSS supported the government regarding this policy decision. Barely a mention in the news ...
The lack of any outcry or vigorous criticism by other political parties  - who also have a vested interest in the desired outcome -  is just as disturbing.
http://www.news.com.au/national/breaking-news/qld-govt-to-shake-up-social-housing-system/story-e6frfku9-1226684848152 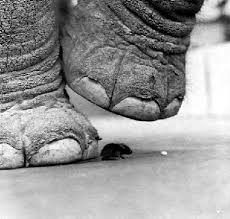 If you are neutral in situations of injustice, you have chosen the side of the oppressor. If an elephant has its foot on the tail of a mouse and you say that you are neutral, the mouse will not appreciate your neutrality.