HOUSING - PUTTING YOU IN THE PICTURE 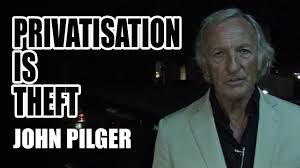 What is the difference between public, community and social housing?
Aren't they the same thing?  No they are not.

Community Housing is non-government housing which is intended to cater for tenants on
low to moderate incomes. In Victoria they consist of 8 large 'Affordable Housing' Associations which are also property developers and 34 other Community Housing Providers. There is at least 32 other community housing providers operating in Victoria which are not subject to any government policies.

The terms 'community' and 'social housing' should not be confused with public housing. Only public housing is government owned and government managed. There are protections in public housing such as flexible rents based on household income, and security of tenure which are all too often missing in community housing.

The language surrounding the privatisation of public housing is so full of spin that, in the
end, nobody knows what is going on. Warm fuzzy words like 'social', 'community' and 'affordable' housing can make it difficult to see that transferring stock equates to the privatisation by stealth of an essential public asset - public housing.

Look at the term 'not-for-profit'. People sometimes assume that not-for-profits are small
struggling organisations. Not necessarily so. Not-for-profits can be huge companies, most
certainly profit driven, often merging and swallowing up the smaller struggling groups
along the way - in fact behaving just like any other corporation.

The growth of 'Community Housing' - sometimes referred to as social housing - and the transferring of public housing properties has already been going on for some years now - under the public radar.

Already Community Housing Providers in Victoria own 8,290 properties which were
funded by the government ( including the transferring of public housing properties.)*

A major marker happened in 2009 at a Council of Australian Governments ( COAG ) meeting. An agreement was made between all the state governments and the federal government – at the time Labor – to ensure that community housing businesses would end up with 35% of all the 'social housing' pie.

In fact, to achieve this goal in Victoria would require a massive transfer of 12,000 public housing properties to community housing companies, and is likely to include public housing estates which are already tenanted. This, of course, was not made at all clear in the ambiguous language of government documents.

Furthermore these proposed transfers do not create any additional housing to meet the desperate need but simply result in a change of ownership and/or management.

The whole topic of the public housing stock transfers ( aka asset transfers ) has been kept
hushed up as 'in-house' information. The people in the know have been the heads of these
organisations, politicians, service providers and people who are working in the industry.
The media have not adequately covered the topic, if at all.

Yet it is an extremely important matter of public interest. This is not just a public tenant issue. The future of public housing concerns us all.