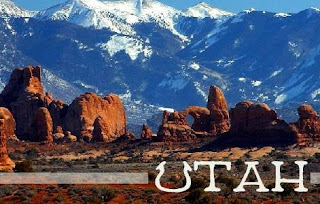 Keeping abreast of what's happening in housing around the world – Utah.


Have you heard of Sam Tsemberis ? – He knows how to solve homelessness.
Here's what has been said about him.


He has been hailed as a truly great innovative thinker, and has been compared to Thomas Edison.


'He doesn’t at first seem like an innovator who has had national impact. But few thinkers today are in greater demand. The process of innovation is often one of mystery. Where does an idea come from? How do innovators find it? What makes them different from everyone else fumbling around in the dark?'


'Sam Tsemberis has unfurled a model so simple children could grasp it, so cost-effective fiscal hawks loved it, so socially progressive liberals praised it.'


And what did Sam do to warrant all this hyperbole?
How did he solve homelessness?  He simply housed people. That's how.


'It’s that simple', he said. 'Give homes for the homeless, and you will solve chronic homelessness.' People have found his approach 'totally off the walls radical'. They can't stop talking about it.
Yep, he just houses people, no questions asked.


What's more, Sam's solution has also saved the state of Utah and New York City truckloads of money. They are more than happy with Sam's radical approach.


'We committed,' said Utah’s Gordon Walker, explaining how his state succeeded at eliminating homelessness — and saved millions. 'It was costing us in state services, health-care costs, jail time, police time, about $20,000 per person. Now, we spend $12,000 per person.'


New York was also spending a staggering annual $40,500 on every homeless person with mental health issues. Sam Tsemberis' approach is inspiring policies across the United States.


Its called PUBLIC HOUSING and it's a cost effective, human-rights based model that works very well - if only the politicians would come to their senses and embrace it fully, instead of starving it of funds and flogging it off to be converted into other housing models which will in fact increase homelessness and cost the taxpayer so much more.
It would seem that once public housing is gone, time passes and people completely forget that such a sensible housing model ever existed.


And it takes people like Sam Tsemberis, an outsider, to come along and show people how it's done.


It's not rocket science. It's common sense.


Good on ya Sam. You've certainly got our vote.