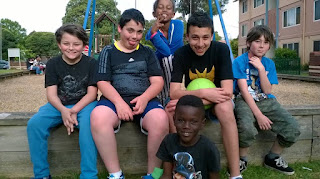 Did you know that in the financial year of 2012/13 the Victorian Liberal Coalition government tried to vacate 5,478 public housing properties by applying for thousands of  eviction notices to be sent to the occupants? Only 304 of these proposed evictions were approved by VCAT.

Lets look at the article in question. See link below.

And who are the mysterious, unidentified 'public housing advocates' - sometimes quoted in newspaper articles - who invariably echo government housing policy and attempt to justify such actions against public tenants?

We know that the focus of these eviction notices was on rental arrears.

It would be interesting to know how much arrears needed to occur before the department applied for Notices to Vacate. What measures, if any, were taken to resolve outstanding rental arrears before deciding on this course of action ?

Instead of addressing these issues, the article goes off on a different tangent - bringing up hackneyed stories of the Big Bad Anti-Social Public Tenant. Two examples are given which include drug deals, sawn off shotguns, steel bars, and even the hurling of eggs ..

But these thousands of intended evictions were not about antisocial behaviour – the matter at hand was overwhelmingly rental arrears. To raise lurid examples of 'antisocial behaviour' only serves to further stigmatise and misrepresent public tenants which is very unfair.

The real story here is of an unconscionable attempt by the government of the day to clear properties which would result in homelessness for individuals and families. The question to ask is what was the government's real agenda in doing this?  The article says that the government's objective was to reclaim the properties.

THE LANGUAGE OF EVICTIONS

The CEO of the Tenants Union refers to tenants being 'booted' out of public housing.
Public tenant evictions are often described by media in this way. Apparently we don't get evicted like other people - with all the trauma that evictions and impending homelessness brings – including the trauma to families and children. No. All too often we read of public tenants being kicked out, thrown out, turfed out, chucked out, and booted out of their public housing homes.  Into homelessness ...

In spite of my criticism regarding the bias demonstrated in this article - at least the Herald Sun reported this important information. I have found no reference to the applications made by the previous Victorian government to vacate 5,478 households in any other mainstream newspaper …

Public tenants are a group very much at risk of homelessness, and an example like this one, of an attempt to evict en masse thousands of public tenants, in the course of a year, should be more widely known.

Thankfully the Victorian Civil Administration Tribunal - VCAT - threw out the vast majority of these applications.

The children in this photo belong to the close-knit public housing community where I live.
They'd been playing a lively game of soccer.