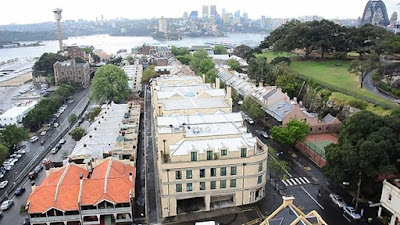 A SNAP-SHOT OF MILLER'S POINT
EXTRACTS FROM THREE ARTICLES

'The NSW government ignored warnings that moving elderly residents from Miller's Point would increase their risk of death, and an official report was altered to downplay the potentially deadly effect of the public housing sell-off'

'Internal documents also show authorities changed the study methods used by consultants researching the social consequences of the sale, so the findings were concealed until after the decision was announced in March.'

'A source familiar with the research confirmed departmental officials were ''concerned about [using] the word ‘death’ '' in the final report, which the government used to demonstrate that the effect of relocations on vulnerable residents had been fully considered.'


'Documents obtained by independent Sydney MP Alex Greenwich under freedom of information laws show warnings about an increased risk of death were either removed or altered in a social impact assessment, commissioned by the NSW Land and Housing Corporation.'

'We have seen a dramatic spike in hospitalisations, serious injury and illness and indeed the process is killing people as predicted.'
'Within weeks of the announcement an elderly neighbour who was somewhat reclusive but functioning well, having lived with her son in Millers Point for over 30 years, took her life'.

'A woman who had been battling cancer for some time and living in a house with mould that Housing NSW never remedied was moved out of her home on the Wednesday, went to hospital on the Friday and died on the Monday.'

'We have lost at least three others including a young man this week. Leroy was born and lived in Millers Point all his 26 years. He was well liked and involved in the local rec centre and a valued employee of The Rocks Pharmacy. He lost his mother just 12 months ago and was found to have passed away, the day before he was to be taken to his ‘new home’

'Following the suicide of the elderly woman above, a grieving friend erected a small memorial on behalf of her neighbours in sandstone saying ‘Angela lived here’. Housing removed it almost immediately, she replaced it, they removed it again.'

'Protest banners are also ruthlessly removed from the area even if they are on Church property or a person’s private property.'

'The first Millers Point terrace offered for resale since the government’s sell-off of public housing has netted its owner about $590,000 after just 10 months of ownership.' 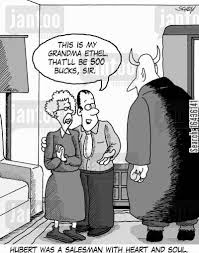