Here is a copy of the Media Release put out by the HPUV.
This action has widespread community support.

BENDIGO STREET OCCUPATION TO CONTINUE UNTIL DEMANDS ARE MET –

A group of housing activists and homeless people have occupied properties in Bendigo Street, Collingwood.

These 6 government-owned houses were pledged to be used to address homelessness by the Andrews government, but many have been sitting empty for over a year.

The occupiers of the properties have made the following demands and refuse to leave until they are met.

• Immediate release of all information relating to the current ownership of all
properties acquired for the East-West Link, with full transparency about all
acquired land and no more dishonesty.

•The 6 unused houses on Bendigo St to be made into genuine public housing
and allocated to some of the 35,000 people on the public housing waiting list.
Occupation will continue until the first keys are handed over.

• All unoccupied properties acquired for the East-West Link that are still in the
government’s possession to be added to the public housing register.

• Minister Martin Foley to come to Bendigo St and be interviewed by people
with experience of homelessness.

• The Andrews government to say how they intend to provide housing for 25,000
homeless people while there are 80,000 unoccupied dwellings in Melbourne.

Given the importance placed on addressing housing issues by the report
of the recent Royal Commission on Family Violence, the occupiers believe taking
action on public housing should be an immediate priority of all levels of government. 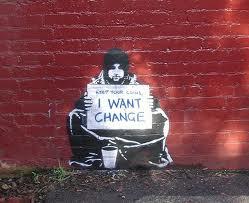 The HPUV is a grassroots organisation consisting of members who have been or currently are homeless. It works to ensure that the voices and concerns of homeless Victorians are given a platform for expression
Like Loading...
Posted by Fiona Ross at 03:21