Post by Wendy Schumann.
Greetings.
I'm from Albuquerque New Mexico and we have only a negligible amount of public housing
left.

The Government is now leaving the problem of homelessness to the charities and housing to the private sector.

The homeless shelters and missions are full to overflowing. The amount of people homeless in Albuquerque is PITIFUL. At one time I brought food to 34 homeless people lying on the pavement in freezing temperatures outside a shelter because the shelter was already full.

Australia does not need to go down the same path!  I would strongly advise Australia to hang on to all of its public housing because in reality it is the only system that works.

There is a great deal of money to be made from privatising public housing - billions of dollars- and there are powerful groups that do not want to have the apple cart upset.

The general public should get behind Friends of Public Housing because they are a committed group who have the guts to try and alert people about what is really going on.

If the government succeeds in its plan to get rid of public housing- then you will have many more years of increasing homelessness and housing stress, and Australia will be a very different place to live in than it is now.

Please take the time to look at the link 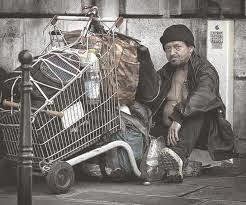