"It’s not the policy of this government to privatise essential services and I want to make it very clear that this includes public housing." 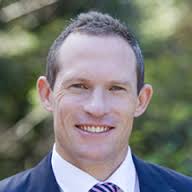 There are frustrating reasons why it is so difficult, getting the issue of the national ongoing privatisation of Public Housing into public awareness.

One reason is the absence of voices raised 'loud and clear' and publicly by Liberal, Labor and Greens politicians unequivocally opposing this course of action.

It's the 'cone of silence' surrounding the very subject of the public housing stock transfers.

Stock transfers are the underpinning of the growth and expansion of the Community Housing sector !! This is what the public is not being told, amidst the 'affordable housing' rhetoric.

Recently 'The Conversation' featured an article by Community Housing exponent, Hal Pawson who made it clear what the arguments are, from the perspective of Community Housing. We have countered these arguments in previous posts - including the inaccurate stereotyping of public tenants and public housing that he speaks of.

Due to a lack of adequate media coverage and scrutiny, especially considering the importance of this subject, it is quite likely that you have missed a very important piece of news - which has given heart to public tenants and members of the general public alike.

The Queensland Labor Minister for Housing, Mick de Brenni, in an Estimates Committee Hearing on 20.7.2016 announced a halt to the privatisation of nearly 5000 homes! An ambitious plan to privatise Logan, an area with a great deal of public housing just south of Brisbane, has now been scrapped.

We applaud Mick de Brenni and the Queensland Palaszczuk government in saving public housing from privatisation. This is what people expect from a Labor government !!

But, according to the article by Hal Pawson, the Queensland ALP State government's position is 'inconsistent with Labor policy elsewhere' and 'out of line with that of other Labor colleagues federally and in some other key states.'

He gives the example of Labor leader, Luke Foley in NSW, who was quite prepared to hand over the titles of 20,000 publicly owned properties in 2015 !!

In the wake of the recent federal election results, all Labor governments should come to their senses on this issue of extraordinary national importance. Labor should not be taking us in a direction that is sure to be very unpopular with the Australian people when they learn of it!

Mick de Brenni and the Qld State Government is showing real leadership here - reminding people exactly what a Labor party should be standing for.

In his own words, here are Mick de Brenni's reasons regarding his decision.
Excerpts from the Estimates Committee Hearing.

'The previous government's pathway had no light. In fact, it was only highlighted by a risky scheme to hand over control of 90 per cent of the $15 billion housing portfolio to the private sector -a mass privatisation of public housing. I want to be clear for the committee that the mass transfer of housing is not the policy of this government. That is why today, in line with the government policy, the director-general of my department informed Logan City Community Housing that we will not be continuing with the Logan Renewal Initiative. A housing scheme of that scale with that level of risk is unprecedented in this nation. The Logan Renewal Initiative was a risky LNP scheme and it was outright unnecessary.'

Addressing what is, after all, a governmental responsibility- "Today, I sent a very clear message to the people of Queensland that we are committed to delivering front-line housing services for the most vulnerable people in this community". "As someone who represents Logan and lives in that community and someone who will bring my kids up in that community, I will not accept putting the needs of that community in the too-hard basket and palming the responsibility off to someone else"

"I have decided to terminate the contract for the privatisation of almost 5,000 homes that people in the region of Logan live in. This would have resulted in government no longer being responsible for the delivery of an essential service in this state. I believe that government, and I believe that the people of Queensland, and I believe that the people of Logan made a clear decision around the privatisation of publicly owned assets in January 2015 which included our responsibility to deliver public housing to vulnerable Queenslanders."

He goes on to say that public housing- its management and ownership "will remain in the hands of the people of Queensland."  Yes !!

'The government has taken a very clear decision today to ensure that privatisation or selling off of public houses is no longer going to occur under this government'.

And more genuine public housing is going to be built as well.

In addressing the ambiguous term 'affordable housing' the Qld Housing Minister goes on to say,
'One of the unfortunate realities today in Queensland is that far too many people are unable to find housing that ought to be properly described as affordable for them. I think affordability needs to be considered not just in terms of the housing market but also in terms of the incomes of people in our communities.'

The term 'affordable housing' is not being used by Community Housing Organisations in layman's terms - but has been defined as up to 80% of market rents- often 75% to ensure eligibility for charitable status and tax exemptions. Community Housing also relies on ongoing Commonwealth Rent Assistance - CRA- which goes to the new landlord. This is another reason why Labor in Queensland is showing responsible governance in rejecting this massive proposal to privatise Logan as being far too risky. The precariousness of handing over public housing to Community Housing businesses should be more widely understood.

People need to be enlightened about the differences between public, social and community housing. Politics is a tricky business and the language which has been adopted throughout obfuscates rather than clarifies.

At the Estimates Hearing, Mick de Brenni speaks of people in communities who are already struggling to survive- and says that this is why it is 'so important' that we ensure that the Queensland government's public housing stock 'remains in public hands - that it is not privatised, sold or given away'.


The Palaszczuk ALP government has also introduced legislation to remove the controversial Three Strikes Eviction Policy- a policy that all too often results in homelessness. This is another massive win for vulnerable people. Friends of Public Housing Vic have been informed by Barrister and Human Rights expert Moira Rayner that the policy was 'probably unlawful' under the Human Rights Charter since 'mandatory rules are inherently arbitrary.' The decision to remove this policy has been undertaken by Minister de Brenni to "ensure we do not discriminate against vulnerable people". In other states, including Victoria, the Three Strikes Eviction Policy continues to operate.

It is amazing that so little of this historic decision by the Queensland government, to overturn previous policy directions for public housing, has been reported or widely discussed in the media.

I guess it is just as well that we have social media to bring things to light and to bring a different perspective and a different narrative to what is generally known.

So crack open the bubbly - in the ongoing campaign to save public housing in Australia from privatisation, we have had a victory in Queensland!

THE ESSENTIAL PUBLIC ASSET OF PUBLIC HOUSING IS BEING PRIVATISED UNDER THE GUISE OF PRIVATE "COMMUNITY / SOCIAL HOUSING". THE GENERAL PUBLIC NOT INFORMED OF THIS BY OUR MEDIA. IF THIS CONTINUES HOMELESSNESS AND HOUSING STRESS WILL GET A WHOLE LOT WORSE. 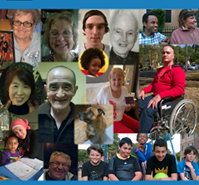