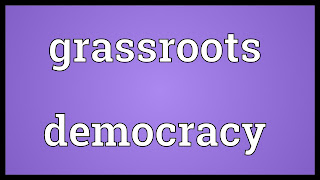 Council elections in Victoria are coming up!

The loss of public housing via covert stock transfers has been going on for years,
under the radar, and unreported by the media.

Yet homelessness is getting worse !!
It doesn't seem to be working does it?

That's because the criteria- allocation, rent setting and eligibility- are very different to Public Housing once Community Housing own the properties.

Keep in mind that Community Housing Federation in its Victorian budget submission are calling for the titles of 12,000 publicly owned properties to be given to them.

We predict that if that goes ahead, there will be a whole lot more homelessness to contend with.

You may be unaware that there has been serious resistance to the privatisation of public housing at the local Council level, as well as from Victorian Trades Hall Council.

Although public housing is primarily a state responsibility, it is also directed and co-ordinated federally. And local Councils that are staunch in defending public housing and protecting the rights of public tenants - thereby opposing gentrification and displacement - can also play a strong role in saving it.

The practice of using the definition 'social housing' to both 'community housing' and 'public housing' is deliberately confusing and completely inaccurate.

This clever use of obfuscating language is one way that the privatisation of public housing is being facilitated without the public being fully aware of it. Those in the know, understand full well the differences, as the resolutions below indicate.

City of Yarra has a very high density of public housing and is a progressive council.
On 5.6.2012 Yarra Council unanimously resolved that:

'Yarra Council opposes any compulsory transfer of ownership of existing public housing, or management of public housing in the City of Yarra to Housing Associations.'

An interview with Sue Bolton, Moreland Councillor, states that "Bolton worked with the Greens councillor Lenka Thompson to get a unanimous vote by the council to oppose the sell-off of public housing, oppose the transfer of public housing to housing associations, and investigate the setting up of a land trust for low-cost housing."

On 13.4.2016, Moreland Council passed a motion to write to Martin Foley, Vic Minister for Housing calling on him to 'immediately transfer the compulsory-purchased properties from the East West Link Project homes to public housing stock'

The motion is clear that the properties become public housing stock - not given away to 'community housing businesses'. The language is free from the double-speak of 'social housing'.

Friends of Public Housing Vic will be contacting contenders for Council elections, regarding their position on these resolutions.

These public tenants are also collecting signatures for a petition. The petition is to inform Housing Minister Martin Foley that public tenants do not want any further destruction, sell-offs or transfers of public housing.

Those living in the Western suburbs are already battling with poverty, food insecurity, lack of housing affordability and homelessness.

Many thanks to FOPHV members Howard Marosi and the late Doug Jordan, for their work with Trades Hall Council on the issue of the privatisation of public housing. Thanks to Dee, Kim and Braybrook/Maidstone Neighbourhood House.