An excellent article by Jed Smith at news.com

Too many newspaper articles are purposely whitewashing, ignoring or downplaying what is an ongoing and burgeoning Human Rights issue happening right here in our own backyard...the attack on the rights of public tenants and the media's stereotyping and demonising of our communities which distracts people from what is really going on and the driving force behind it - greed and a ruthless disregard for the housing rights of low-income people.

Here is a great article with quotes from professors in Urban Planning and academics. 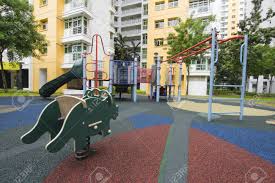 Building a monoculture: what cities are we creating for the future?

What will our future cities look like? You can expect more density, and more problems.

AUSTRALIAN cities are becoming segregated along lines of wealth as powerful “self-interest” groups override commonsense and drive the country towards American­-style “ghettos” of rich and poor. That is the opinion of leading Academics from the University of NSW and Sydney who also say Australia is setting itself up for “negative outcomes” with its city­ planning and government policy.
“When you start putting yourself into ghettos, either rich, poor or middle class, you start to lose touch with each other... I think that’s where we’re going; a much more compartmentalised city which will have negative outcomes,” said Professor Bill Randolph, director of the City Futures at UNSW, speaking specifically about Sydney.

His criticisms were not confined to the harbour city, however. Prof Randolph had similar concerns for Melbourne, which he said had “pushed out” poor people from the inner city.
“Low income folks have been pushed out. They don’t move, they get pushed or they get replaced. The inner city has become gentrified and that is a big issue for Sydney and Melbourne,” he says.


Public housing is being pushed to the fringes of the cities.
Inner city Sydney is in the midst of one of the most aggressive gentrification programs in the world right now as the Baird State Government attempts to evict 4000 public housing tenants, and several prosperous businesses, to make way for a glut of high-rise apartments. The plans aim to pack 70,000 people per square kilometre into the inner city, creating a housing density only seen in pockets of New York and Hong Kong, and three times that of the nation’s second highest density suburb, Pyrmont.

Meanwhile, there has been no mention of replacing the public and affordable housing in the plans released by the government so far.

“Once you get rid of public housing you’ve got nothing left for low income people to live in and I think that is a very regrettable issue,” says Prof Randolph. “Other cities, you look at New York and they are still building affordable housing in the inner city, London is the same. Going back to our property development issue, it’s develop or perish. It doesn’t really matter about the people who get displaced.”

The future of affordable and low­ income housing in NSW, according to plans released by the state government so far, will see it built in the city’s distant fringes where youth unemployment rates are already the highest in the state, and where commutes to work can blow out to two hours one way. But as UNSW professor of Housing Research and Policy, Hal Pawson points out, even that is no certainty.

What culture do we create when we have only two types of dwellings?

“It would be very, very interesting to be able to analyse the quite significant building program the State Government says it is undertaking on the back of the Miller’s Point capital receipts,” he says, referring to the sell­-off of the inner city harbourside public housing community at Miller’s Point, “but we actually don’t know enough about what is being built and where,” he says.

“If this produces a significant net increase in public housing then three cheers for that. But if these new homes are mainly being built in remote suburbs, that’s far from ideal for people who specially need to be close to jobs and services to get their lives back on track.”

As our major cities are rebuilt and thousands are displaced, the job opportunities are not moving with them.

“What’s driving a lot of this (is) jobs that are being created are being created in our cities.
They are not widely distributed around the country anymore. Economic activity is concentrated in our central cities, so the good jobs are in central cities now. A few years ago they were much more widely spread,” says Professor Randolph. “So there is a huge pressure cooker in a sense building up in our cities.”

As the resource boom has faded, Australia’s economy has been forced to lean on a construction and property boom for support.

A boom in apartment buildings around the nation has been responsible for a fifth of Australia’s economic growth over the past two years. A push that has been fuelled by a six billion dollar contribution from China, along with other foreign investors, to the Australian property market. Some of whom have used sophisticated trust structures to get around foreign investment laws.
The Abbott government, who oversaw the peak of the boom, failed to rein in the runaway housing market. Instead he encouraged it, despite persistent complaints over housing affordability in the nation’s major cities. Today it has left us with some of the least affordable housing on earth ­ particularly in Sydney where house prices are now 12 times the average annual wage, up from five times in 1975.

Public housing is being pushed into areas where there is already high youth unemployment.

­
“The problem is we’re essentially sleepwalking our way to very unequal cities and unless
we do something about it soon it might be too late,” agrees Sydney University Urban
Planning Professor Peter Phibbs.

“We’ve taken our eye off looking out for people on low to moderate incomes and we’re basically just pandering to an elite, and I think that’s a risk. Do we want a fair city, do we
want an equal city, or do we just want a city where people talk about how much money they made off their million dollar apartment?” he said.

The political process surrounding the development of our cities has been plagued by controversy and corruption. Poor governance has resulted in powerful “self-­interest”groups having a direct influence over the political decision making process, says Prof Randolph.

“Over­-governed in many ways our cities are, but not adequately governed. That’s a real critical issue. It also allows pressure groups and self-interest groups to become very powerful in terms of who they are able to influence,” he says, pinpointing the property development sector, which, a recent enquiry by the Independent Commission Against Corruption (ICAC) found had made unlawful donations to nine current and former members of the Liberal Party.

“Most people would probably recognise the (property) development lobby is a very forceful and very assertive lobby. It’s able to lobby state government directly and does that very effectively. There are (other) powerful interest groups ­ the clubs and hotel industry has very strong political links and uses that very effectively. It does create an atmosphere where powerful interest groups are able to assert significant impact on critical decisions,” he says.

Critical decisions, which Prof Randolph says, are made “based on what is in the best interest for their members.” What is good for property developers, however, is not necessarily good for the rest of us when it comes to the future of our cities. Australian cities are moving away from their traditionally egalitarian, diverse roots toward a segregated “monoculture” not unlike America.

Blocks of flats are only built for one reason: it’s a revenue model.

“You build housing estates for one type of person. You build blocks of flats for one type of
person. And that’s why you get ­very much a monoculture coming out,” he says.
“What drives blocks of flats? It’s the financial system. It’s a business model. You put a lot of money into the development, banks love it, and they sell it to investors. So you’ve got a business model that is creating a certain outcome and I think we have to step back and say, well what does this mean long-term? Is this actually the society we want to create?

And I don’t think those questions get asked in the rush forward,” Prof Randolph says.

As Australia exits one of its greatest periods of prosperity, our city’s are being rebuilt and
remoulded away from what made the country great.

“I think there’s some potential problems in the way we’re approaching what’s happening in our cities. We’ve got two gangs on hand: it’s either a block of flats or a big house in the suburbs. Where are the terrace houses? Where are the villas and townhouses that people actually like to live in? The Grattan Report a couple of years ago showed that people want a variety of house types. I don’t think we are delivering that.

“Increasingly as the city splits itself up basically along income and wealth lines, that variety is being squeezed out of the system. So you won’t get a mix of old people, young people and children, families. It will become much more ‘monocultural blocks’ if you like around the city and I think Australia is going to lose something there which you may well regret down the track,” he says. ­