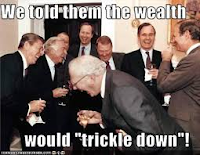 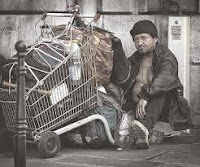 On Oct 6.2016, in NSW, a monstrous transaction occurred -whereby 18,000 public housing properties were handed over to so called 'not-for-profit' companies. At present it is a long-term lease of management but this often precedes title transfer.

Not so much as a peep of opposition by anyone in the ALP or anyone in The Greens...

Nothing new there folks. They are all going along with it ...

Politics in Australia is in a sorry state when no politician will even issue so much as a word of warning regarding these changes in housing policy - except privately - and what good does that do!?

Unfortunately service providers and organisations working within the housing industry are too beholden to the government for funding to 'risk' speaking out against these paradigm shifts either.

These privatisation policies, being unrolled across other Australian states, are of great benefit to a wealthy elite, attack public tenants, threaten the future of public housing, entrench disadvantage and increase homelessness.

As a probono accountant told Friends of Public Housing Victoria, "there is no doubt in my mind that it is only public housing that will keep people off the streets."

It was disappointing that last year the NSW Tenants Union issued a joint statement along with peak bodies, outlining the severity of the crisis, which we are all aware of, but making no mention at all of of public housing in its document or the need to defend it.

Of course in future it will be the people most in need who will suffer from the politicians' greed and chicanery. Because the privatisation of Public Housing in Australia IS a kind of scam, a confidence trick where the real 'stake-holders' -  the public tenants, homeless people, people in need of housing, and the thinking general public don't find out what is going on until its all done and dusted.

The Sydney newspaper article does not explain that Public Housing tenants require no Commonwealth Rent Assistance ( CRA ) whatsoever because the rents are outside market forces and are genuinely affordable. They go back into the public purse. In future this ongoing stream of tax-payer funded CRA, previously not required, will go directly to the Community Housing Organisations - helping to line the pockets of the future Housing Barons. And boy, do they get fabulously wealthy!

Let's take a look at the UK example, which is appropriate since we are following in their footsteps..

An extract from an article by Ross Clarke in 2015 states that in the UK "40 Housing Association executives are paid more than the Prime Minister for managing a pile of ex-council houses given to them on a plate' ...  And the promise to build new properties for those on low incomes has also failed to materialise.

In NSW, the massive stream of ongoing Commonwealth Rent Assistance which will be going to Community Housing Organisations, is money that could and should be spent fixing and building more public housing to actually house people in need.

Following the article in the Sydney Morning Herald, there is no online opportunity available for comments. No opportunity for ordinary people like us - the schmucks who collectively own these properties which were built and set aside for those in need, to express our incredulity and outrage.