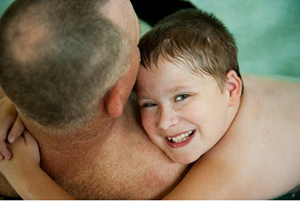 A young mother was living in public housing with a disabled husband and a small child. Since her housing no longer met her family's needs, she applied to transfer to another more suitable public housing property.

She approached her Public Housing Officer, who suggested that she consider moving into  'Community Housing'.

The Housing Officer gave her the address of a Community Housing Organisation and told her that Community Housing is 'much the same as public housing' - the only difference is that she will pay 30% of her income instead of the 25% as is the case in Public Housing.

Her Housing Officer really talked up Community Housing, saying that if she was offered a place, she should 'grab it with both hands' -  it would be too good an opportunity to pass up.

She attended an interview with a staff member of a Community Housing Organisation. She asked about the rent and was told that the rent would be calculated at 30% of the family's income.

( This is the percentage of household income that her family would pay towards the rent. The actual rents can be up to 80% of market rents or even more, but is often set at 75% of market rents which allows Community Housing Organisations to claim charitable status and tax breaks. For the rents to be 'affordable' the family would then need to apply for Commonwealth Rent Assistance (CRA)  and this amount would go directly to the Community Housing landlord. No CRA whatsoever is required in Public Housing. It is important to always keep in mind just how much the taxpayer is subsidising 'Community /Social /Affordable Housing' !!
- Or how precarious the whole thing is!  Imagine if CRA is one day slashed? Community Housing has stated that access to CRA is 'crucial' for their businesses to be financially sustainable. Mick de Brenni -Housing Minister for Queensland addressed the issue of unacceptable risk when enumerating his reasons for scrapping plans to privatise Public Housing in Queensland. )

Back to our anecdote - The young mother (and carer) asked if the rent could go up as a Community Housing tenant. She was told that 'well, the private sector always has the right to raise the rent.' She then said, 'So you cannot guarantee that the rent will always remain at 30% of income'. The Housing provider agreed that they could not guarantee it.

Later she learned that if she signed a lease with Community Housing she would lose her place on the public housing list (including transfer lists). The option of public housing for her family would be closed.

She talked it over with her husband, and they decided that they could not afford to lose the protections which only public housing provides. Instead of moving into Community Housing they continued to apply for a transfer within the public housing system.

Her story has a happy ending. Her family has been transferred to a more suitable public housing property and they are happy living there.

Below are other very important differences between Public and 'Community Housing' which are not made clear in documents or in the inadequate Fact-Sheets available. The differences between the two housing models are glossed over or simply not mentioned.

1. Public tenants ( and other prospective tenants ) should not assume that if their household income falls, their rents will be readjusted and reduced to 30% in Community Housing. ( At the end of the day, they are businesses ) This essential protection of flexible rents linked to household income which Public Housing provides- can be  absent in Community Housing, or replaced with a 'hardship provision'- which means that reduced rents are put in place for a very limited amount of time. In the present climate where welfare entitlements are under attack, the consistent protection of flexible rents that Public Housing provides, is what literally keeps people off the streets.Tenants who are told that Community (social ) Housing is 'much the same' or 'similar' to Public Housing might not think to question this.

2. Tenants in Community Housing can be put on limited contracts - as little as 3, 6 or 12 months.

3. In Community Housing, additional service fees can be charged for maintenance. Conditions for utilities such as water, can differ from what is in place in public housing. All these changes represent hidden costs which all add up.

4. A Community Housing tenant might need to contribute financially for any modifications to her  unit needed due to a disability. Otherwise if she cannot afford to do so, she might have to either forgo these necessary modifications, or move out.

5. When the contract expires, and tenants apply for a new lease, they might well face unanticipated changes.

6. There can be a loss of access to car-parking which can have a huge impact on tenants' lives.

7. 'No cause' evictions apply in Community / Social / Affordable housing.

We are hearing many anecdotes such as the story of the family above, which point to a disturbing and systemic issue.

Public tenants are being told partial and misleading information. They are being encouraged to relinquish their rights as Public Housing tenants, and to transfer to Community Housing without being able to access the facts they need to make an 'informed decision' about something as important as housing for themselves and their families.

Some tenants have reported that they believe they were 'tricked' and 'deceived' about aspects of their new leases that they were not told of beforehand.

These are often people with disabilities or they can be elderly pensioners. ( statistically these are the two largest groups that make up Public Housing communities )

Public Housing communities are also very multicultural, so English can be a second language. For public tenants whose first language is English, literacy issues are not uncommon either. All these factors put tenants at a very real disadvantage where careful reading and understanding of the terms of a new lease are so very important.

On top of this, these people can be experiencing desperate circumstances, which means they are more likely to sign a lease with Community /Social Housing without careful consideration of the ramifications. They can lack the resources they need to understand and defend their rights. They often do not have the money to afford professional help or are afraid to speak out.

Finally- sad to say- public tenants can be easy targets when it comes to being manipulated.

Many public tenants are very trusting. They believe whatever they are told by their Housing Officers, governments, political representatives, and the organisations funded to represent them- who are all working with a common agenda.

Public tenants are being told that possible future transferring of their homes and tenancies is a 'very good thing' - without being informed of the rights and protections they stand to lose ... 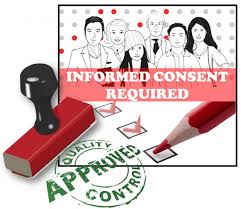