WE MUST PAY ATTENTION TO WHAT IS HAPPENING... 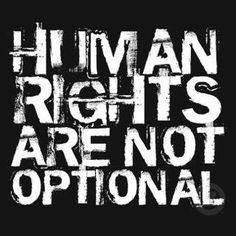 A recent Bill was passed by Liberal, Labor and disappointingly by the Greens - which we are treating with suspicion. ( Housing Amendment Bill )  Is this simply another ruse to bring us closer to the privatisation of Public Housing without the public really being aware of it until it is too late?

John Pilger has said “It is not enough for journalists to see themselves as mere messengers without understanding the hidden agendas of the message and the myths that surround it.” The newspapers and media in Australia are colluding in this by refusing to expose the ongoing nationwide privatisation of public housing and its impact- which is escalating homelessness.

The official definition of ‘social housing’ is a) Public housing; and b) Housing owned, controlled or managed by a participating registered agency. The distinctions are deliberately blurred. There are too many fundamental differences between the two housing models to call them both ‘social housing’.

During discussion stages of the Bill, there were plenty of mother-lode statements from the ALP and the Greens. Only Wendy Lovell, former Victorian Housing Minister for the Liberal Coalition, asked  socially responsible questions which addressed the Human Rights of our most vulnerable citizens.

Interesting that politicians when they are in opposition, can sometimes do a great job in keeping those in power accountable-whatever their motivation.

Here’s some short extracts from the debate;
Ms LOVELL (Liberal) — What percentage of new tenants will housing associations be required to take from segment 1 of the housing waiting list?

Ms MIKAKOS (ALP Minister for Families and Children) — I can advise the member that there are matters that are still in discussion with the sector, including the matter that the member has referred to.

Ms LOVELL- Minister, I would have thought that that was something that would have been established before bringing this legislation to the house.

( Segment 4 is for people, not necessarily with disabilities, but whose low income qualifies them as eligible for Public Housing.)

Great question. It is a scandal that the titles of desperately needed public housing are being given away to Community Housing Organisations to house people not even eligible to be on any segment of the public housing waiting list- let alone the most needy and desperate!! Is it any wonder the Homeless Persons’ Union is up in arms and occupying properties!?

Wendy Lovell- “Minister, will tenants have the choice to nominate only to be housed in public housing, or will they have to take pot luck as to whether they get a public housing property or a housing association property when they register on the segmented waiting list?"

Ms MIKAKOS (Minister for Families and Children) — I am advised that there will be a choice for tenants.

Great questions Wendy Lovell. It’s a pity that Liberal, Labor, the Greens and The Sex Party allowed this Bill to be passed without insisting that these issues regarding Community Housing Organisations -aka social housing-  be resolved.

We are talking here about Equity of Access to Housing - an extremely important Human Right.

My friend, colleague and fellow public tenant, Jeremy Dixon, has put together a great press release which will be sent out asap. At the same time it will go up on this Blog.