REFLECTIONS OF GROWING UP IN PUBLIC HOUSING 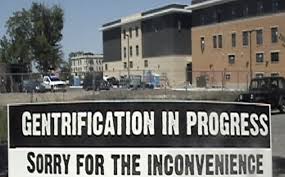 A young woman who grew up in Public Housing sent me this excellent piece of writing about the community she grew up in, the hidden prejudice and stigma toward public tenants, classism, and the process of gentrification ( largely unreported and unchallenged ) which is already well underway by Vic Labor, under the guise of 'renewing' Public Housing. She chose to remain anonymous.

This blog is a forum which welcomes a diversity of voices and experiences. 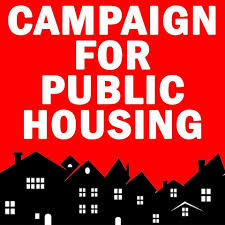 I started to realise, somewhere between seven years old and my early teens, that living in public housing was different to just living in a house. The realisation was slow, ongoing, and often accompanied by learning to feel ashamed. Messages from media, from people I came across, sometimes from art, and from friends and family (usually, most painfully, unwittingly), told me that I should be ashamed. The response from friends and family when I gently or vehemently challenged the occasional stereotyped comment was “no! not you!”.  Not me, they said, they didn’t mean me!  There was always disconnection between their sweeping generalisations or firmly held beliefs and me.

I just remember being bewildered hearing about those supposed “welfare cheat, dole bludgers”. If they'd existed, I’d never seen them.

To me, people were just utterly confused in their ideas about the people who lived in the public housing, people who got "benefits" – people like me, my sister, and my mum (who fled domestic violence). They seemed to be talking about people who weren’t really “in need”. But I certainly couldn’t recognise any of these so-called “welfare cheats” around me. I only saw my friends and their families.

Sometimes, people didn’t even know they were talking about me when they voiced their opinions about the working-class, the poor, and those who live in public housing.

Not the classmate I had in high-school who asked my teacher if the suburb I happened to live in was a “good or dodgy” suburb because their mum had told them that “there was a lot of commission housing around there”.

Not the university lecturer who asked my class to consider how they’d feel “if public housing was built next to them”. The latter example was an exercise meant to ask an, ostensibly, comfortably middle-class group of young people to challenge their own preconceived notions and prejudices.

As an “invisible” poor kid in the class, I just felt ashamed (but also exposed) and also like I wasn’t supposed to there. As if people didn’t think that people in public housing could be right next them in class, that poor people couldn’t be curious people with hopes and passions and inner-worlds who’d made it to university. There are, of course, real structural barriers which mean it’s less likely that a low income young person enters or stays in tertiary education, but alienating us from the institution and behaving as if we’re not there isn’t a way to address those structural barriers – it just strengthens them. 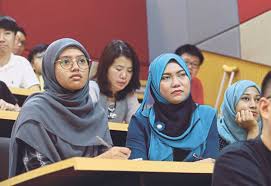 Through these experiences, I started to realise that things which were self-evident to me - that welfare is necessary and good and never wasted, that public housing and the people who build their lives in it are vital parts of a community, that disadvantage is structural - weren't always to self-evident to others. Even when those others were my loving friends or family.

I realised that sometimes we don't make these connections more broadly, even if we’re literally related to someone, not necessarily out of malice but because we're people who want to be comfortable in our worlds.

Recognizing the utter randomness of misfortune, the actual and reason defying inequity in our own families and friendship circles, disrupts what we need to believe is a just world.

In recent months, I have become more vocal about my experiences.

However, until the Public Housing Renewal was proposed, I’d been self-conscious of ever talking about them, reticent to divulge my history and get too vulnerable, afraid of over-stating my experiences, reticent to even describe myself as having been poor because, really, I am simply a person among many who's lived something many others have - others, who are more articulate, are dealing with (or have dealt with) worse circumstances, others who have fewer people who'll care to listen, who have fewer resources, or who will face less sympathetic audiences due to the colour of their skin, or past or present struggles with employment or mental health or substances, or for having an accent, or for not using ‘big words’. So, writing about it feels indulgent.

Something I ask of readers is to consider why you might be more receptive to hearing about the history and present realities of people living in so-called Australia who live in public housing if they are white, university educated, or not from a refugee background, or not a single mother, employed, or not presently struggling with mental health, or with substances. Consider your prejudices – maybe you didn’t even realise you had them! –  and challenge your own discomfort. Challenge yourself to think of everyone as having an important story to tell. Listen more, learn, and learn to relate. Empathy becomes contagious.

I oppose Victorian Labor’s Public Housing Renewal Plans in the name of people who need secure homes, for the people they are and dream of being.

Gentrification is a word that a lot of left-leaning people – dare I say it, some Labor voters and politicians too – like to speak-out about. But I wonder if they truly understand what it means… this “renewal” plan is literally gentrification. It will result in the forced unravelling and removal of refugee communities, single-mothers, elderly people, and children, from their homes, from the amenities-rich inner-city. 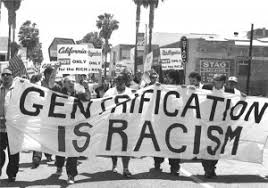 Gentrification is raising rent prices so much that people are pushed out of their communities and the suburbs they’ve called home for years, decades, generations.

It is bound to the past and present dispossession of Aboriginal people of land that always will be theirs, that was stolen through the violence of colonisation, that is continuing through presently - that can be identified in Government policies.  It’s why I think we can be more careful than to stand behind rally cries of "it's public land – it’s OUR land" without question, if we’re not Indigenous. It's not simply “anyone's” land – it’s stolen land, it’s Aboriginal land - and we should not disappear this reality by being clumsy with this activism.

So, I am writing this for people - imperfect people, proud people - who are complicated, and who want to live in their homes. For the  people I grew up with and around, the other “commission house kids” in all our differences, with all our friction and friendship. 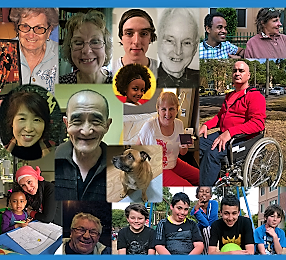 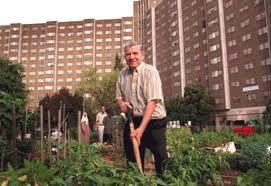 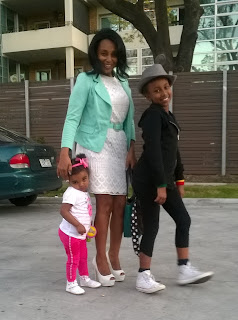 Also, for you, for your children, and for the society I want to live in that says people deserve shelter simply because they exist.