AN APPEAL FROM HOMELESS PERSONS UNION- MAKE YOUR VOTE COUNT At the Vigil for Public Housing held on Parliament House Steps
organised by Joe Toscano, Independent Candidate for Albert Park.

So what actually happened to the former residents of The Gatwick in St Kilda, victims of gentrification? Weren't there reassurances at the time that they would be safely rehoused?


"Lethal article released just before Victorians go to the polls. If this isn't a good enough reason to build more #publichousing and for the Andrews Labor government to stop hiding the fact that SCORES of public housing across this city and this state LIE EMPTY, we don't know what is.

Over 86,000 people on the Victorian public housing waiting list, hundreds of people sleeping in the CBD every night - - Labor's promise of building 1,000 new public housing places is just not going to cut it - it's not just insulting, it's a form of STATE VIOLENCE.

You won't hear the homelessness organisations saying this, as they are dependent on government money to do their work. This is the crisis we are in in 2018 Australia, folks. It's a humanitarian disaster.

Think about your vote on Saturday and if you give two hoots about equality, justice and dignity in this state, give your vote to those who have a genuine public housing policy. Not 'social', not 'affordable', not 'community' housing - that's just more money for the corporations. We're talking about PUBLIC HOUSING - owned by US.

Meanwhile, in the following article

"Fans of The Block and those looking for a “rich people’s” home rejoice. The former Gatwick Hotel’s now luxuriously renovated apartments are officially for sale, with the listings landing online today." The renovated apartments will range from $2.2 million to $2.75 million. 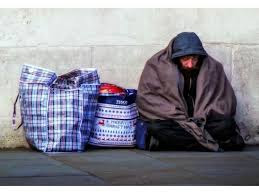