TALKING TO THE MAN ON THE STREET

'The problem you lot are facing is waking people up to the importance of your cause.
If a problem does not affect them personally, people basically switch off. People are busy living their own lives.

Of course the privatisation of public housing affects them. It affects all of us.
One person's homelessness is another person's problem.

We are certainly rich enough in Australia - there should be no homelessness at all.

The people in power are paid off to have a particular agenda. Maybe politicians started out with good intentions but they get swallowed up by the system. In the end they don't have a voice - they have to conform or they're out. Conform to a greedy ideology. In the end they just become lying hypocrites. Puppets. They do what they are told to do. I don't have time for politicians at all. That's why I don't vote. I took my name off the electoral roll. There's no point in voting.

And don't forget they're on good incomes and pensions for life. They're not going to rock the boat. Money talks. Politics nowadays is all about individuals getting their leg up on the ladder of their careers. There's a real absence of any discussion about what is good for the society as a whole - what's the right thing for the health and well-being of our society.

Most politicians get their education from middle or upper class schools. Mostly what they are learning is how the system works - and what the system tells them. There's a whole world outside this system. They don't get that.

They don't really have empathy for the people on the bottom.

Take aged care... Its a shambles. There's not enough money given for aged care - just like with housing and education. You see, there's no profit in these areas unless they are privatised. The government says there is not enough money to fund these services. Why not?  What's going on? Who's skimming it ?

My Dad ended up in a nursing home. One or two nurses for fifteen patients. Elderly people who can't walk and need to use the toilet. They call out for assistance and end up soiling themselves. Where's the dignity for our elderly citizens? Nurses are so stressed they leave the industry and they get in people on overseas visas. And the nursing home I'm describing, where my Dad lived, was by no means the worst. It was considered a reasonably good one. That's why when my Mum got dementia I looked after her at home. I was her carer.


Anyway that's what I think on the matter.  Good luck with your campaign'. 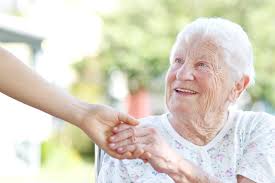