OUR JOINT SUBMISSION TO CITY OF MELBOURNE COUNCIL 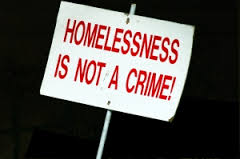 On Tues 7th February 2017, in a volatile meeting at Town Hall, City of Melbourne Councillors voted 5-4 to change the definition of the word 'camping' in its legislation, which would make it easier to keep moving homeless people on.

This is their response to the homelessness crisis in the CBD.

There is a 28 day period of public consultation before it becomes effective as a bylaw.

Funny sort of democracy when 9 people can vote on the civil liberties of vulnerable people, resulting in virtually making them outcasts. ( Something wrong there.. )

Although Mayor Doyle is at pains to say that homelessness is not illegal per se- it might as well be. With the new legislation in place, homeless people can be penalised for sleeping in a public space.
He has also said the new law would be used 'with discretion'.

Such a 'disclaimer' should reassure no-one. The 'social capital' of trust is in very short supply- especially when it comes to the ongoing 'affordable' 'community housing' racket, with which they are attempting to replace genuine Public Housing, and the disturbingly biased coverage by even the mainstream media.

The very people bearing the brunt of Australia's shortsighted housing policies are being treated unfairly and with contempt. Demonising people is always wrong. But that is what is happening - no political party wants to admit and take responsibility for its housing policy failures.

On this blog we aim to give another perspective to what you read in the newspapers - tell you how things really are at the grass roots. We have talked to many homeless people and listened to their stories. Homeless people feel that they are being cast in the worst possible light by the newspapers. They say that the reports are exaggerated, and are sometimes downright lies.

The amended legislation by Melbourne City Council means that the word 'camping' is no longer restricted to living in a tent, vehicle or other structure. According to legal experts, the definition of 'camping' is now so broad it can encompass people sheltering in a swag, under a blanket or even lying on a piece of cardboard.

According to The Age, 'Legal experts have savaged the proposal from City of Melbourne officials to introduce an outright ban on public camping, saying the planned reforms were a "ridiculous waste of resources" that could put people in danger.'

Under the new legislation homeless people could be fined $250 or face a court fine of $2000.
They can have their belongings confiscated and will have to pay a fine in order to retrieve them.
The council also intends to launch a campaign to discourage the general public from giving items or food to homeless people.

One wonders whether, in time, this 'discouragement' will also become an offense which incurs a fine. Giving to a homeless person is now outlawed in other parts of the world. Permission slips to share food with homeless people have to be obtained and approved - amounting to further attacks on people's freedoms. ( Houston Texas.)

There are powerful business interest groups that want this homelessness problem fixed one way or another, as a matter of urgency. It interferes with the tourist trade and is generally bad for business. How many would be overly concerned about the pesky problem of civil liberties and human rights?

When Sam Newman was asked to run for Mayor in June 2016, he said in an interview with Neil Mitchell "Ive been asked a couple of times' (to run for Lord Mayor) and always it gets down to would you shove and move on the homeless people- the unfortunate people- and that always seems to be the main thing."

Mayor Doyle has said in a statement, "I am very keen to work with Victoria Police in coming months on the new assertive, even aggressive outreach programs that we are trialling to address homelessness." 'Assertive' outreach has become 'aggressive outreach'
- surely a contradiction in terms.

The public are being appeased into believing that homeless people in the inner-city are being offered 'suitable accommodation'. People assume that the rough sleepers will be permanently housed. But according to what we have been told by homeless advocates, this can simply mean a few nights' subsidised accommodation in a rundown yet pricey motel. After which it is back on the streets ...

Says chief executive of Inner Melbourne Community Legal, Dan Stubbs of the change to legislation, "This is criminalising the homeless instead of trying to do something about homelessness. It is making homeless people into the problem rather than recognising that we have a housing crisis."

Housing is in a right MESS in Australia- and one of the main contributing factors is the disturbing suppression of any and all pro-public housing arguments by individuals, organisations or in the media. Instead the media is content to demonise people-  homeless people, public tenants and more recently demonstrators and protesters.

What is happening to public housing is part of the neoliberalism / economic rationalism thinking that attempts to privatise everything.

We try to show you in this blog the 'nuts and bolts' of how it is being done- how they are changing the policies and the legislation.

Public Housing has been on the chopping block in many other parts of the world.
An underclass is created. Homelessness escalates and the genuine charities find it impossible to mop up the social fallout that ensues.

Here is our submission sent to the City of Melbourne Council. Those Councillors in favour of this proposal have already almost achieved their objective. The clause concerning the Human Rights Charter appears to be added as an after-thought really, to be rubber-stamped by the relevant
departmental body. But Human Rights lawyers have already slammed this ?!

Unfortunately this is how these things are often done. In the face of little public interest, or any further media coverage -they will push it through.

It's not good enough. The public should demand genuine consultation and the onus is on the Council to show us how it has applied the Human Rights Charter and how it has addressed the grave concerns of Human Rights lawyers.

We believe that the proposed changes to legislation by City of Melbourne Council discriminates against homeless people.

Please can the Council demonstrate how it has considered and applied the Victorian Charter of Human Rights and Responsibilities in the process of formulating these proposals.

We believe this should be undertaken before any amendments are made, rather than afterwards as outlined in 11.2 of the document.

( 11.2. notes that an assessment will be made in respect to the Amending Local Law and its compatibility with the human rights set out in part 2 of the Charter of Human Rights and Responsibilities Act 2006 )

Assessing how the proposed amendments comply ( or otherwise ) with the Human Rights Charter should be transparent and open to public scrutiny and input.

This is particularly important considering the extreme vulnerability of homeless people, many of whom present with complex needs and disabilities. 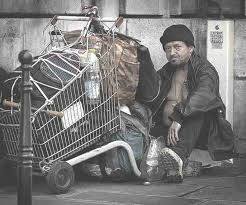 http://theantimedia.org/houston-police-throw-away-food-homeless/
Posted by Fiona Ross at 00:03