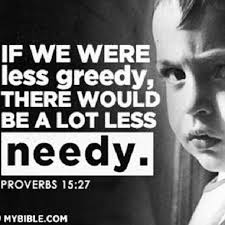 For those among you, who have been unsure about the whole public /community / social housing issue, please read this front page expose in The Australian.

This vindicates what Friends of Public Housing Victoria have been saying all along.
One cannot argue with the facts.

It is not surprising that people have been confused, since all the ins and outs of the various housing organisations and their policies, such as changes to criteria and allocations, who benefits and who loses, have been largely concealed from the public.

The National Housing Affordability Scheme, which began under Rudd in 2009, has been an ongoing gravy-train for many people with a vested interest in it- but a tragic failure for those people in desperate need of housing.

There is a lot of hype, mission statements etc, and PR promoting Community ( Social ) Housing - which are privatised versions of Public Housing. But the results speak for themselves.

People have been rendered homeless by this housing policy - and they have been kept homeless.

Where have all the billions of dollars that were meant to alleviate the housing crisis and eliminate homelessness gone !??

Labor has now paved the way for the Liberals to step in and axe this funding and to replace it with another scheme of their own ...

And the destitution on our streets will, no doubt, continue to worsen, regardless of which of the two major political parties gets into power ...


A very important article by The Australian.

The $9 billion National Housing Affordability Agreement is set to be axed in the May budget following a report revealing that the states and territories had failed to meet almost every benchmark set by the federal government since it began in 2009.

Figures obtained by The Australian revealed that the Rudd government scheme, with a price tag of almost $1.5bn a year in grants to the states, had not delivered any measurable improvement in the provision of affordable housing.

Despite pledges to increase the supply of social housing, the 2017 Report on Government Services (ROGS) shows that public housing stock, instead of increasing as committed, had been falling since 2009, going backwards by 16,000 homes.

Even the transfer of public housing stock to subsidised social housing had also failed to meet any targets to increase the supply of affordable housing.

Furthermore, 20 per cent of that existing stock was now considered to be in an unacceptable state while 8 per cent was uninhabitable.

A promise to reduce homelessness by 7 per cent had also not been met, with the homeless rate instead rising 17 per cent.

The states and territories had also failed to deliver on commitments to alleviate by 10 per cent the number of low-income households under rental stress, considered to be those spending more than 30 per cent of their income on rent. The number of households now in that category rose from 32.4 per cent to 42.5 per cent since 2008.

The government has hinted that it is preparing to replace the agreement, which would deliver immediate savings to the budget of $1.5bn a year, with radical reforms including the possibility of a government-backed bond scheme to stimulate investment from the private sector to expand capacity.

ROGS reveals that state and territory governments cut spending on social housing from $4.1bn in 2014-15 to $3.9bn in 2015-16 despite an increase in the federal grants paid to them.

The report revealed that public housing supply had contracted from 345,707 in 2007 to 321,879 last year. It noted that the provision of social housing dwellings had risen from 33,526 to 72,410, but this was due to the expanding role of private and community sector provision of affordable housing and came at little net cost to the state and territory governments as it was also partly subsided federally through rental assistance schemes.

The report also claimed that community housing had rising rates of overcrowding. The story was similar for the provision and funding of state-owned and managed indigenous housing.

The significant investment has been subjected to little accountability or transparency from the states and territories, raising the question as to how the money had been spent.

The 2016 report to COAG on the agreement confirmed that little had been achieved despite the significant funding.

"Despite large investment there has been minimal enduring annual growth in the stock of affordable housing in Australia over the last five years," it said.

"While private dwelling supply has increased significantly in recent years, social housing dwelling construction has remained flat." Assistant Minister to the Treasurer Michael Sukkar said the report suggested that the 2009 agreement underwritten by the former federal Labor government had been an abject failure. "We believe it's crucial that every dollar of spending on affordable housing programs increases the number and availability of public and social housing stock. Clearly, this objective has not been met," he told The Australian.

"Given the nearly $9bn of payments from the commonwealth to the states and territories under this agreement since 2009, it's understandable to question the value of this spend, given affordable housing outcomes have got worse over that time." Treasurer Scott Morrison has said that a more efficient way of delivering affordable housing had to be found to achieve better social and economic outcomes.

The Feeney family, from Whalan in Sydney's west, have lived in the same social housing for almost 18 years. For the past 10 years, they say the house has fallen into disrepair.

"They just don't give a shit," said 43-year-old matriarch Tania Feeney of the Housing Department. "Last year we had to wait eight months to have our gutters repaired after they were blown off in a bad wind storm and in the meantime our walls got a lot of water damage. I ended up fixing the back room myself because of the mould and I have terrible arthritis so that was a tough ask. The department come and do their six or 12 monthly inspections but hardly anything ever gets properly fixed." Her 21-year-old daughter Skye said the power kept cutting out, causing great discomfort over summer in the western Sydney heat. "We've called housing multiple times about it but we still haven't got any help for it," Skye said.

Federation of Housing Associations executive director Wendy Hayhurst said there had been little transparency in how the money had been spent.

"The agreement is not the most transparent agreement ... it hasn't set very high expectations," she said. "It is difficult to understand how that money has been spent." While Ms Hayhurst said it was a large investment by the federal government, it was not enough to tackle the problem. She also supported the bond aggregator model but said it was critical that state and territory planning and land use laws were reformed to give greater scope for developers to contribute through a value sharing arrangement. "Until recently social and affordable housing hasn't been at the top of the political agenda so there has been no scrutiny," she said. "Agreements come with expectations ... it's not just about maintaining the status quo ... but using it in the best way you can so you can increase those numbers. It's a large amount of money but it is insufficient to deal with a backlog of problems."Even if it is spent better it won't be enough."

The housing agreement, one of three specific purpose payments to the states from the federal government, was contingent on ensuring all Australians had access to affordable, safe and sustainable housing.

NSW was the largest recipient of the funding totalling $1.3bn since 2009 but had overseen the largest fall in available public housing stock, dropping from 118,907 to 110,174. 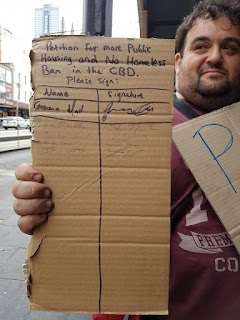