Excellent editorial by Alex Lavelle - Editor of The Age, who describes Victorian Labor’s Public Housing Renewal Program as a “travesty” - “so fundamentally flawed it should either be restructured or abandoned.”
In case you missed it - Two weeks ago, ( June 9 ) the following editorial featured in The Age newspaper. I have copied and pasted it below.
But firstly, many thanks to those of you who contacted the Upper House of Parliament, urging them to vote to revoke Labor’s legislation to remove planning powers from Councils, in relation to Labor’s dreadful Public Housing Renewal Program.
In Nov 2017, the Liberals voted with the Greens to block Labor in the case of Ashburton, which lies in a Liberal electorate. But this time they chose to align themselves with Labor, concerning the fate of 9 other inner-city public housing estates.
'Coalition and Greens combine to dump public housing project, others now in doubt' https://www.theage.com.au/national/victoria/coalition-and-greens-combine-to-dump-public-housing-project-others-now-in-doubt-20171117-gznf9q.html
One wonders how the Liberals would explain their rationale for this decision, when the arguments in favour of blocking Labor's plans in Ashburton are the very same arguments that apply to the other estates as well- inappropriate height /density private development, permanent loss of invaluable public land, the need for reinstatement of proper Council planning powers, genuine community consultation, redressing the pathetic tokenistic public housing outcomes for those in desperate need of housing.
We are very disappointed, but somehow not surprised...
Never mind, we will keep on keeping on, fighting for Public Housing, and exposing the secretive privatisation agenda at work behind the scenes, which both major parties support.
In the following article by Clay Lucas and Benjamin Priess, 'Victorian Developers Profit from Prime Land as Thousands Wait For Public Housing.' we discover just how many people are, in fact, waiting for Public Housing. It's a shocking statistic.
The number of applications was for a long time quoted at 35,000, then recently updated by the Chair of the Upper House Inquiry to 37,000.
We now know that these 37,000 applications actually consist of 57,877 adults and 24,622 children !! 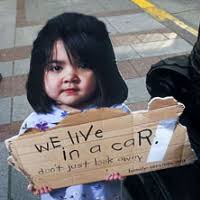 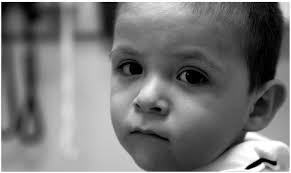 https://www.theage.com.au/politics/victoria/developers-profit-from-prime-land-as-thousands-wait-for-public-housing-20180605-p4zjn8.html
Surely the needs of over 24.5 thousand children for secure housing, should be a top priority of all political parties on every side of politics !?
But NO- it is far more important that wealthy, powerful and influential property developers get the go-ahead to reap obscene mega-profits from the destruction and sale of publicly owned assets -public housing and public land.
All they have to deliver is a token increase in the number of 'social housing' units. Given that the new flats will be either 1 or 2 bedrooms, the result can actually be a decrease in capacity to house those on low incomes.
With the planned massive reduction in 3 bedroom sized family units, there's no room in the inner-city for children and families in Labor’s plans. ( On the Walker St estate in Northcote, for example, 56 x 3-bedroom properties will be demolished and replaced with only 5 new 3 bedroom properties. All the rest will be 1 or 2 bedroom units. )
Dr Kate Shaw, a public housing expert and urban geographer, has called the Public Housing Renewal Program ‘deeply flawed’.
‘Pretty much everything about the program in its current approach is wrong,’ she says. ‘The department really should go back and reconsider every aspect of it.’ She says the 10% increase in social housing on the sites required of the private developers is ‘disgraceful’ and ‘grossly inadequate’ to address Victoria’s huge public housing waiting list.

But of course, this is not really about improving public housing at all - it's about outsourcing and privatising it.
Friends of Public Housing avoids the term ‘social housing’ as it is an umbrella term which is confusingly applied to both public housing and so-called ‘community housing’ - even though they are very different housing models. For example- under tenancy laws ‘community housing’ landlords are the same as private landlords.
Labor is trying to hide what they are doing with smoke and mirrors.. and euphemisms.
But thanks to a spate of recent newspaper articles, the truth is coming out.
I have cut and pasted the editorial I spoke of at the beginning of this blogpost. It ends with a very good quote that encapsulates what is quickly disappearing in Australia, due to the aggressive and insidious nature of global neoliberalist policies, and their corrosive influence on society.
I am speaking of the traditional Aussie values of fairness and a fair go for all. Who wants to live in an ugly dog-eat-dog society which is becoming more fractured, more callous, and increasingly symptomatic of social dis-ease.
The quote by the editor bears repeating
“We should never forget that most of us is but a few bad decisions or some mongrel misfortune away from crisis or catastrophe. Proper public housing is a crucial response to that universal truth.” Alex Lavelle.
I knew a public tenant- passed on now- who had a car accident and suffered brain damage. He was highly trained. I believe he was even eminent in his field. Just imagine for a moment…. Immediately the ability to work is lost. Mortgage repayments falter because there is no income anymore. Family can offer financial support, but not indefinitely. Suddenly one finds oneself in very serious trouble indeed. Thankfully this charming man was able to access public housing, where he lived peacefully for some years before his death.
The fact is, anyone can need public housing at any time.
--------------------------------------------------------------------------------------------
Here is the Complete Editorial by Alex Lavelle
https://www.theage.com.au/national/victoria/fix-social-housing-policy-travesty-20180609-p4zkk4.html
A key new Victorian government social housing policy is so fundamentally flawed it should either be restructured or abandoned.

The government is selling nine prime publicly owned sites to private developers, under opaque financial arrangements, on the condition that housing developments contain at least 10 per cent more public housing residences than are demolished. The move follows three unconvincing trials; developers made huge profits. Segregation occurred to the point of gated gardens prohibited to the social housing residents.

The scheme fails to meet tenets of public policy. It lacks transparency. Although the government calls for tenders, details are concealed from the public, preventing independent cost/benefit analysis of the process and the outcome.

It is a false economy. The government gets to spends less in the short-term (which should not be a pressing priority, given the relative robustness of the economy and budget), but is diminishing long-term public wealth by selling off increasingly valuable public land. Further, the requirement of an increase in the number of social housing residences of only 10 per cent seems unduly low. The new scheme, though, leaves open the unintended consequence of actually reducing the number of public housing places by replacing family dwellings with far smaller apartments.

The new scheme makes even less economic sense considering the government could finance what should really be happening – the repair, renovation and/or redevelopment of the social housing estates – at historically low interest rates and not needlessly and without accountability disposing, during their temporary power, of permanent public assets.

Any profit from the remaining, private homes – which will account for about two-thirds of the total dwellings – will primarily go to the developers, although there is provision for a chunk of any exceptional profits to be passed to the government, which will also be maintaining its overall policy of adding to public housing by replacing and upgrading estates built from the 1940s on. The need is pressing; winter is upon us and homelessness is widespread. The conventional understanding is that Victoria’s public housing waiting list is 35,000 – but that is the number of applications, not people. There are nearly 58,000 adults and 25,000 children in need of secure housing in our state. Far from all of them are sleeping rough, but practically all of them are technically homeless and in need of some support. About 1700 more social housing homes are needed each year over the next 20 years to maintain social housing at its current 3.5 per cent share of the total homes in Victoria.

Other states and nations have created public-private projects that are accountable, share the financial benefits and significantly increase social housing. The Andrews government can readily fix the errors.