Here is Richard's letter to the Upper House Parliamentarians.

Unfortunately, this direct action was not successful. If the Liberals had not teamed up with the ALP, but had voted with the Greens to block it, then the whole Public Housing Renewal Program would have been dead in the water... The wholesale sell-off of public land to private developers would have been halted, and we could have pressured the government to do a whole lot better for public housing and for people in need.

Why not visit your local public housing estate that's due for demolition, gentrification, privatisation and mass displacement of the tenants, get to know your public tenant neighbours, hear their stories, and show your support  : ) 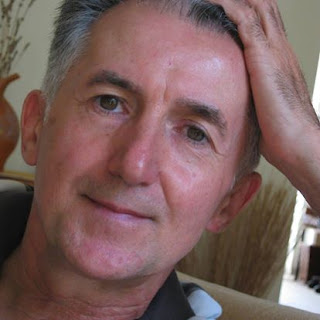 My name is Richard Lasek. I’m a retired civil engineer and moved to Melbourne about a year ago to be closer to my two daughters. I had been visiting them for many years prior to my relocation and was always struck during my visits by the unique character of Melbourne and the people who live there. In my limited travels I don’t think I’ve come across a more civil society. There are exceptions to this generalisation but the things that struck me as unique, is the way Melburnians talk to each other on public transport; the willingness of drivers to share the road with others and the generally courteous and helpful nature of people on the street.

One exception to this general impression, is the way public housing tenants are being treated by the State Labor government. I met a representative from Friends of Public Housing who invited me to a meeting of the tenants at Gronn Place housing estate in West Brunswick. I was unprepared for the stories that I heard firsthand from vulnerable residents who were elderly, disabled, had limited language skills, were suffering severe health issues and came from a variety of cultural backgrounds. These stories shocked and disturbed me.

Tenants were being visited unannounced by Department of Housing representatives who made promises of extensive renovations which would require them to relocate while the improvements were carried out. Why would tenants be told this, when it is known that Gronn Place is scheduled for demolition? Some tenants had sought an agreement in writing that they would be able to return to their homes after the works had been completed but no such documents had ever been received. Most tenants didn’t want to be relocated; they were happy with their units and refused the offer of renovations. Those people were then led to believe, through veiled threats, that if they kept refusing the offers of alternative places for relocation, they would lose their eligibility for public housing and maybe end up being homeless. Some of the tenants became very sick after a long period of worrying about their potential eviction.

After that meeting I decided to join Friends of Public Housing, and in order to become better informed on the issues involved, I closely read all the submissions to the Parliamentary Inquiry into the Public Housing Renewal Program. The attached document is a summary of the comments made in those submissions.

I understand that there is to be a vote next week in the Upper House. The Greens want to disallow Labor’s legislation aimed at removing Councils’ planning powers regarding the Public Housing Renewal Program.

I support this, and would urge you to vote for the restoration of proper planning powers to local Councils, so that communities can continue to have a strong voice regarding future developments in their neighbourhoods.

( I will include Richard's attached summary in a later post )