GETTING THE LANGUAGE RIGHT 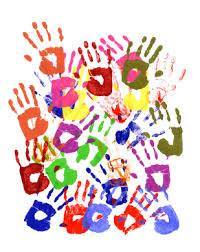 In June this year the Victorian government put out a consultation paper called 'Fairer Safer Housing in Victoria' as part of a Review of the Residential Tenancy Act.
Jeremy Dixon and I worked on a submission together.
Jeremy is my friend, neighbour and fellow public tenant.
He is working hard to get a new political party off the ground- PIBCI - Public Interests before Corportate Interests. He is also the convenor of Defend and Extend Public Housing. This post is based on what we wrote to the Victorian government.


Some comments from the perspective of public housing tenants.


The Definitions within the document.


There is a serious problem regarding the definitions used in the consultation paper.


Some of the distinctions between public and community housing. ( Why they shouldn't be lumped in together.)


-Only public housing is both government owned and government managed. Public housing provides security of tenure and rebated flexible rents which are all too often missing in community housing. Public housing does not require tenants to apply for Commonwealth Rent Assistance in order for the rents to be affordable.


Community housing, also sometimes called 'affordable housing' charges tenants up to 80% of market rents and requires ongoing huge amounts of taxpayer funded Commonwealth Rent Assistance in order for it to be 'affordable' for its tenants on low incomes. This goes directly to the Community Housing Organisation and serves as an operating subsidy. In practice, community housing often charge 75% of market rents which qualifies them for exemptions from GST.


- Public housing provides housing to people on low incomes. 'Community housing' caters for people on low to moderate incomes. The report itself shows that the demographics of public and community housing are different which makes the logic of considering them as a bloc and conflating them for statistical purposes difficult to see.


The definition of 'community housing' in the government document is also problematic. It states that 'community housing is fully or partially funded by government to provide short-term crisis or transitional housing to people experiencing homelessness, as well as longer-term housing'.


Public tenants do not refer to themselves as 'social housing' tenants. To attempt to impose a change of name on us, indicates a complete lack of cultural sensitivity to the identity and voices of public tenants and our public housing communities.


It also disempowers public tenants by implying that 'public', 'community' and 'social' housing are all the same thing. This denies us necessary acurate information  regarding major paradigm shifts in housing policy that will impact on ourselves and our families.

The privatisation - by stealth- of public housing.

What will be the impact on our society as a whole, if we keep on losing public housing properties through stock transfers, bulldozing and private selloffs?  Inadequate public housing results in increased homelessness. It is the collective human right of public tenants to partake in public life and we want to be part of this debate.
Three Strikes Eviction Policies


We reject the notion that public tenants - and for that matter community housing tenants - need additional laws and threats such as a Three Strikes Eviction policy over and above the Residential Tenancy Act, which is already weighted on the side of the landlords' interests against the tenants. Why should people on low incomes be denied the same housing security enjoyed by other members of society?


Public tenants have the protection of the Human Rights Charter.


There was recently a review of the Human Rights Charter. The peak body for Community Housing Organisations -CHFV- disputed the applicability of the HRC- stating that it was not the original intention of the HRC that it apply to Community Housing Organisations. It went on to argue how its terms –ie being a public authority – did not apply to them.


As your report states, both public and community housing tenants are among the 'most vulnerable and disadvantaged' members of our society. It is essential that they have the full protection of the Human Rights Charter.


All changes in the context of housing should be made clear to public tenants and prospective tenants of community housing, especially in light of any proposed transfers of stock, management and tenancies. Public tenants need to be fully informed.


If your department is serious about establishing a fairer safer housing system for all Victorians, then we believe that it should acknowledge and rectify the ongoing disregard of the rights of public tenants by addressing these issues.


Finally the notion that the market can satisfy all housing needs is an ideological one and unsupported by evidence.

The growth of community housing should not be at the expense of public housing.
The government should accept and embrace the fact that the provision of a strong and viable public housing sector is a beneficial, necessary and permanent part of housing policy.
Rather than divest itself of this asset via stock transfers, we urge the Andrews Labor government to keep public housing in public hands, work with tenants to improve its delivery and management, and invest in more public housing to meet the growing demand.