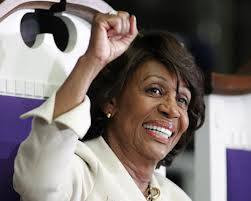 MAXINE WATERS - US Congress
'I've said over and over again, I am not about to be a part of privatising public housing'

Why can't we find a politician like her in this country?
Privatising public housing – will ( and already is .. ) impacting severely on the people at the bottom of the heap who are too poor basically to be 'economically viable' as renters in market-based housing.

Already the shelters and associated services are unable to cope with the desperate need.

Where will these people turn? Where will they go - if the ALP continues down the path of privatising public housing by handing over the titles of Public Housing to Community Housing Organisations and property developers? There is precious little public housing as it is ...
These people will end up on the streets …

What is WRONG with politics in Australia that the privatisation of such a vitally important asset can be happening with virtually no opposition ?

The following definition by the peak body of Community Housing Organisations was taken from their submission to the Review into the Human Rights Charter. Community Housing Organisations 'are body corporates entering into and enforcing tenancy agreements in a manner consistent with the ordinary powers of legal persons'
Handing over the titles of formerly publicly owned properties is privatisation, and all the smokescreens of not calling it such, is not fooling anyone...

There are lots of good people working in this industry who share our concerns about where all this is heading …
Let's take a look at how the forces of neoliberalism and the attempt to take over public housing played out in the US in 2011.
Two politicians, Maxine Waters and Barney Frank, energetically took up the issue on behalf of ordinary Americans.
The following article by George Lakoff for the Huffington Post is informative and excellent.
Some extracts from the article
HUD = Housing and Urban Development. Shaun Donovan -former secretary of HUD.

'HUD's attempt to privatise all of America's public housing has been put on hold -- for now. You played an important role. Thousands of you signed the petition and spread the word, so that those at the House Financial Services Committee hearing on May 25 understood what the stakes were.'
'Barney Frank and Maxine Waters asked the right questions, and HUD's answers revealed what was hidden in the language of the bill, namely, that all public housing in America would be subject to privatisation.'
More extracts from the article

'Let us praise Barney Frank and Maxine Waters for calling privatisation "privatisation." '
'This gobbledegook language actually says that the Secretary of HUD can consider private (or privatised) property, no longer legally owned by the government, as if it were "owned by a public housing agency". This is linguistic trickery by which private, or privatised, property can be called "public." Given this trickery, Donovan can claim that all privatised property is still "public," because the PETRA bill allows him to call it that and "consider" it as such. It is basically lying with language.'
-----------------------------------

Here in Australia, governments are using an umbrella term 'social housing' to refer to both public housing and community housing - and then transfer one to the other.
Friends of Public Housing Victoria is resisting this, because it is a ruse by which the real name public housing soon gets phased out completely- or expunged. The end result is the privatisation by stealth of public housing.
Do we say social schools, social transport and social hospitals? Of course not. The correct terms are public schools, public transport, public hospitals - public housing.
In the US they did the opposite. As pointed out by George Lakoff, they changed the law so that you could call housing that is privately owned 'public housing'! In this way everyone is kept bamboozled … lol
Here is another quote from Maxine Waters who, when talking to embattled public tenants in the US, subjected to 'one strike evictions', vilification and propaganda, displacement by gentrification, 'exiting public housing' programs ( to where? ) and the like.
'Don't give up. Don't let them break your spirit.'
Maybe one day soon a politician / political party will rise up in our country ( before the next election ? ) and start saying the right thing. 'We must not stand by while public housing is being privatised.'

They would certainly get a lot of support nation-wide from the general public as well as from our public housing communities.