JEREMY'S LETTER TO THE AGE 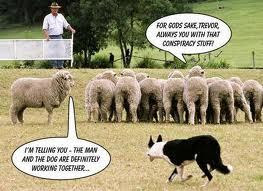 IT'S OFFICIAL. In spite of all their denials, Victorian State Labor government is 'considering' handing over Public Housing to Community Housing Organisations.
Here is my letter to The Age -  Jeremy Dixon


Lesley Dredge, Executive Officer of the Community Housing Federation doesn't think it's privatisation when public housing properties are handed over to private "community" operators such as she represents. ( News 19 Oct ) Well, it will do until privatisation comes along. If your local state high school was handed over to, say, Geelong Grammar then that would surely be privatisation, and the cases are parallel.

The Community Housing interests have done a brilliant job of making government workers and politicians of most persuasions see Community Housing's seizure of public assets as inevitable. Whatever their public relations people are paid- it is not enough.

But still it is privatisation we are talking about and no amount of spin can disguise it.
The result will be the disaster we have come to expect from privatisation.