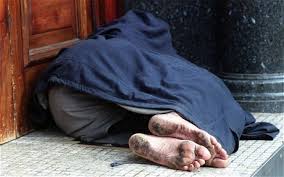 
Here is another response from Friends of Public Housing Victoria to the extremely disturbing report in The Age - (  'Sweeping Changes presented on Public Housing in Victoria'  19.10.15. )

I have copied and pasted The Age article below, in full, in case you missed it. It also includes a link which highlights the previous Liberal Coalition government's plan to hand over 12,000 Public Housing properties to Community Housing Organisations.

This Letter to the Editor was written by Gordon O'Reilly. He is a former insider from the management team within the Office of Housing who managed financial and other evaluations of the full range of public and so-called social housing options.

We now know that the Victorian ALP State government is 'considering' transferring the management of PUBLIC HOUSING with the view to handing over the TITLES.

While nothing definite has been said, the Prahan Masterplan affecting four estates  indicates that the present Labor govt is continuing in the same direction of the former ousted Coalition Liberal Government - favouring and facilitating the agenda of property developers and big business - while abandoning any genuine commitment to public housing which is so desperately needed.

WHERE ARE LABOR'S CORE VALUES AND PRINCIPLES OF SOCIAL JUSTICE ?

We urge more people and more organisations to join us in opposition to this long term covert trend of undermining and destroying public housing by selling it off, and giving it away to private interests. 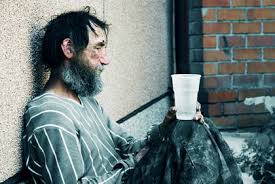 Letter to the Age

I have managed the financial assessment of over 100 public housing projects.
In summary: Buildings age. Needs evolve. And needs are growing . .

What's now needed: building maintenance, and a renewed commitment to public housing. After decades of responsible, successful ownership of public housing, it seems that the government is more interested in disposing of real estate, than maintaining it.

Evidently the modern Labor Party is quite happy to further abandon its traditional focus - helping those most in need.

Just like the party for the big end of town, the Andrews Labor government is much more interested in ditching normal government maintenance responsibilities, and turning over yet another big chunk of the public service/assets to organisations driven by hard efficiency, to run at a profit.

What's the end result of the proposed phasing out of public housing? An increase in the number of people who are homeless.

State Political Reporter for The Age

Public housing could be set for sweeping reforms if the Victorian Housing Department proceeds with proposals to hand over homes to community operators and sell "outdated" properties.

It also suggests the potential acceleration of a "sales program of outdated properties" that are no longer needed so that "capital reinvestment" can be increased.

Housing Minister Martin Foley said the government was intent on growing public housing and had no "sell-off agenda".

"This government is investing more in growing social housing by using our assets and opportunities in a better way," he said.

The presentation foreshadows public housing estate redevelopments and identifying estates most in need of upgrades.

The document said a "transfer management program" was being considered and could lead to property title transfers after three to five years if performance standards were met.
Those standards may include improving tenant satisfaction and exceeding maintenance benchmarks.

However, the document makes no mention of how many transfers may take place.
"Our clear position is that we are not looking at title transfer unless we can deliver a benefit to tenants and increase social housing units," Mr Foley said.

"Some have described title transfer as privatisation but this is misleading," Ms Dredge said. "In fact we are more rigorously regulated than state-managed public housing."

The presentation shows plans to expand the number of social housing dwellings, reduce "concentrations of disadvantage" and provide more housing options to people with disabilities.

Opposition housing spokesman Tim Bull urged the government to ensure any transfers to the community sector did not result in the most vulnerable people in the community losing priority. He said tenants' rent should not increase if the transfer plan proceeded.

"We need more people thinking about the future of public housing," he said. "In looking at ways to grow public housing we need to be careful about shooting down ideas too quickly, we want careful consideration of options, not grandstanding."

"It is some form of strategy which you don't get very often in this field," he said.
Professor Pawson said both management and title transfers would allow residents to claim federal rent assistance as tenants of community housing providers.

Melbourne Greens MP Ellen Sandell said there was a housing crisis in Victoria. The public housing waiting list passed 34,000 in June this year.

"Having a safe place to live is a fundamental human right," Ms Sandell said.
She said the government should be investing more money in public housing properties and making "much needed improvements" to existing stock.

"The potential reforms to social housing should be one of the many requirements of a much-needed state-wide affordable housing strategy."