WHAT EXACTLY IS 'AFFORDABLE HOUSING' ?

LESSONS FROM THE UK.
Can you believe that here in Australia we are following Britain down the same path ; implementing a Tory housing policy direction -  ie privatisation - even though it has proven itself to be a social disaster in Britain !?   Please see our post 'Graph of Greed'
If you study the situation in the UK, you will soon discover MUCH THE SAME SPIN.

Here's the link to an article from the UK GUARDIAN called
'Affordable Housing does not mean what you think it means.'

The UK version of the Guardian is excellent in its coverage of the housing crisis in the UK.

Some excerpts..
'Beware of politicians talking about affordable homes. New 'affordable' housing is not actually that affordable.'
'In a move worthy of George Orwell's Ministry of Truth, affordable rent will be higher than before, set at up to 80% of the local market rent. Across whole swathes of southern England affordable rented properties will simply not be affordable to people on low incomes.'


As in the UK, when we refer to paradigm-changing Australian housing policy directions ( which are not open to debate )  'affordable housing' has already been defined as 'up to 80% of market rents'...

In practice, community housing operators often charge 75% of market rents which means they can claim GST exemptions. They also rely heavily on tax-payer funded Commonwealth Rent Assistance ( CRA ) which goes directly to them, and is used as an ongoing operating subsidy. Otherwise people on low incomes, especially without access to CRA - could not afford to live in 'affordable housing'.

This also begs the question, ' How affordable is 'affordable housing' to our society, since it relies on so much corporate welfare to sustain it ? '

By contrast the operation of Public Housing requires no Commonwealth Rent Assistance because the rents, set at 25% of income, are already genuinely affordable. We need to hang on to the Public Housing system, and work to improve it - not just 'give it away' as the ALP is considering doing !!

So- 'Affordable housing' -when used in a housing context-  is not used in the way that we would use the term. ( as a layperson )

Affordable Housing operators have formed international alliances in Canada, UK and the US
http://www.powerhousingaustralia.com.au/home
All prosperous countries with epidemics of homelessness.
How well has 'affordable housing' worked in these countries??

Someone has to ask these hard questions.
But - there is no real media analysis or discussion here in Australia.

Another report, also from the UK, is called


'The Affordable Housing Con' by London Tenants Federation.
It begins with an extract from Lewis Carroll and a quote from a senior lecturer in urban studies. 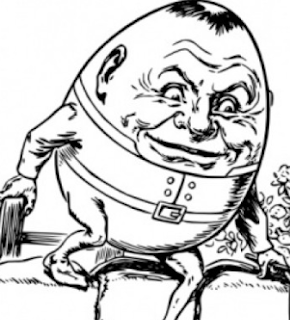 “When I use a word,’ Humpty Dumpty said in rather a scornful tone, ‘it means just what I choose it to mean — neither more nor less.’


‘The question is,’ said Alice, ‘whether you can make words mean so many different things.’


The question is,’ said Humpty Dumpty, ‘which is to be master — that’s all.”


Lewis Carroll, Through the Looking Glass


'Social scientists take considerable care in defining their concepts in order to make them more precise.


By contrast, the term ‘affordable housing’ is used in such a wide variety of ways by those people in positions of power in relation to housing provision, such as politicians, property developers and planners, that it means just what they want it to mean – just like Humpty Dumpty.'