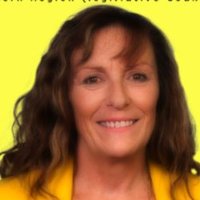 We would like to thank Catriona Thoolen
Senate Candidate for the Palmer United Party
for writing to us and sharing her knowledge
and perspective on the situation.

"I have been appalled at the ongoing sell-off of public housing in every state of Australia. All State/Territory governments insist that the money from these sales goes back into housing, but it certainly is not going into actually building and providing new public housing.

The money seems to flow into some 'kitty' used to fund Rent Assistance provided to those who are renting privately. Not only is the value of the Rent Assistance inadequate due to rising rents, but eventually they will have nothing left to sell to refill the kitty.

1. Governments need to make a commitment to using all funds from the sale of existing public housing to be directed back to creating more, new public housing.

2. The rental cost of public housing needs to be defined as a set % of the occupant's income, not some arbitrary figure.

3. There should be one list in each state for people waiting for public housing, rather than the multiple lists that people requiring housing are recommended to join.

4. The transfer of public housing to community housing groups need to stop. Many of these, although claiming to be 'not for profit', manage to pay extraordinary salaries to their staff. These groups also 'pick and choose' which people to help, so the disabled, the unemployed, the elderly, can end up waiting far longer than what is acceptable if they were using a 'needs based' or even 'first come, first served' criteria.

I don't know who came up with the idea of privatising public housing, but the increasing size of the waiting list and the increasing numbers of homeless people has proven that it has not worked.

Time to return to an Australia that shows we truly value the 'fair go' that we all claim with national pride."