WHEN MONEY SPEAKS THE TRUTH IS SILENT - PROVERB

SHAME ON POLITICS IN AUSTRALIA THAT THE PRIVATISATION OF PUBLIC HOUSING, AND THE QUESTIONS THAT NEED TO BE ASKED IN THE PUBLIC INTEREST, ARE  OMITTED FROM THE PRE-FEDERAL ELECTION AGENDA.

THERE IS SO MUCH POLITICAL COLLUSION RE THIS .. MAYBE AN INDEPENDENT WILL RAISE THE ISSUE IN THE PUBLIC INTEREST ?? THAT'S WHY WE NEED INDEPENDENT POLITICIANS.

SOME PEOPLE THINK THAT 'SOCIAL AND COMMUNITY' HOUSING IS ALL ABOUT LITTLE CHURCH GROUPS AND SMALL STRUGGLING 'NOT-FOR-PROFITS' ORGANISATIONS.

WAKE UP AND SMELL THE COFFEE...

WE NOW HAVE 'STOCK TRANSFER' EXPERTS INVITED TO CONFERENCES AND MEETINGS IN AUSTRALIA TO SHOW BIG BUSINESS INTERESTS HOW ITS DONE!

WITH SO MUCH HEARTBREAKING HOMELESSNESS ALREADY ON THE RISE -  IT  IS REPREHENSIBLE THAT THERE IS NO REAL DEBATE REGARDING SUCH AN IRREVERSIBLE COURSE OF ACTION.

Attending a lunch hosted by the Committee for Sydney, Baroness Margaret Ford whose 'defining moment in her career was achieving the transfer of 65,000 public housing dwellings to community housing associations in Scotland' said that 'making the argument for stock transfer was tough – but we were assisted in the process because the Government understood the opportunity this would deliver.'

Who is the Committee for Sydney?
http://www.sydney.org.au/

Titles such as 'baroness' remind me of Tony Abbott's reintroduction of 'lords' and 'ladies' in Australia although awarding these titles had been scrapped twice by Labor as anachronistic and not egalitarian.

The old Tory ideology is very much a part of the Liberal ethos. The trouble is, as I see it, we have no real opposition anymore - no genuine mainstream left-wing government to speak of in Australia.
The Greens - the ALP ?  Everything's moving to the Right ..

And we are seeing the creation of an under-class in Australia thanks to these stupid housing policies.

In the absence of any vigorous counter-argument here, let's look at the excellent newspaper, the UK GUARDIAN. We can learn a lot about how the privatisation of council ( public ) housing has played out in the UK.

In the article below, some confusing terms -
'Social housing' in the UK is sometimes used as a generic term for housing that is meant to be affordable and suitable for low-income people.The UK term for Public Housing is Council Housing.

'The government is putting its faith in the market to solve our housing crisis. But many European countries have already done so and regret it.'

'During the 1990s, central and eastern European countries embraced the free market route.'

'Germany is often held up as a model for social housing privatisation, but the move has seen an increase in unaffordable housing.'

Its 'public housing was sold to international investors, such as Deutsche Annington, and Vonovia, Cerberus, Fortress and commercial banks. The sale and resale of the same properties on the market ended in a race for profits and an increase in housing prices. There are a million fewer social dwellings than there were prior to privatisation.'

So tell us again how public housing stock transfers to 'social / community' Housing Associations have been a great success in the UK ? 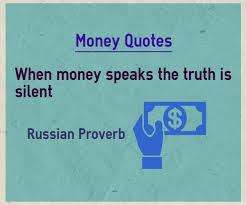