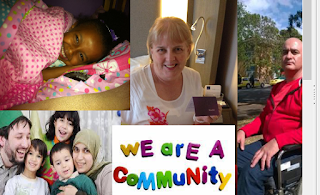 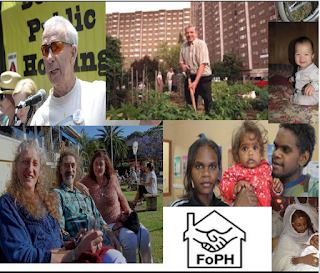 No wonder public tenants are getting resentful of all the church groups which seem to have turned their backs on public housing and the plight of public tenants !! The CEO of Mission Australia Catherine Yeoman applauds NSW's Premier Baird's decision earlier this year to privatise Public Housing and wants the same to be done nationally - though of course there is no mention in the article of the p-word 'privatise'. Neither is there any mention of the rights of public tenants who will be part and parcel of these 'stock transfers' - That's how public tenants are treated in our society - like cattle to be corralled wherever and whenever the powerful decide. Or as this article implies - charity cases.

I've added a few interesting responses to the article, and I've ignored the usual exaggerations and slagging off of public tenants by people who don't actually know us. The usual mean-spirited prejudice. Interestingly the root of the word is to pre-judge.

Recently a good candidate - in with a chance- enthused to me about the diversity of backgrounds she encountered among public tenants after visiting a major housing estate. She had recently talked to the tenants and learnt about some of their histories. They were just people like everyone else, who's life's circumstances meant they needed public housing. She was surprised at how smart many public tenants were. ( lol )

I thought that was quite funny. I'm not a PC Nazi -where everyone has to watch and weigh up every word they say in case they get it wrong. I think it is very beneficial when people challenge themselves and their worldviews. All of us need to do so.

When people walk away and say "Wow the public tenants are really great. I enjoyed talking to them and getting to know them"- This makes me happy because it is true. Challenging stereotypes- that's the main thing.

Many people love living in public housing - being part of a community. We should move away from it being seen as solely welfare housing. Defend it and then extend it - and make it available to a greater number of people. It is Public Housing after all.

Any candidate is welcome to contact us.We will try and get in contact with Bill Shorten too, even a this late stage. We have members who are keen to talk to him. He might be more receptive to listening to us than his Victorian ALP State counterparts - especially before an election     ; )

In response to the article written by Mission Australia 's CEO

Yes it is a mighty mess of interest groups and poor public policy and therefore
I have no faith it will be resolved in coming generations.
Homelessness and the associated consequences will like in the days of the
great depression become part of our identity once again.

You misunderstand what a market is. It is the interplay of participants.
Those who require the support of public housing are not "in the market".
Presumably you would do away with the aged pension as it impacts the market forces
of the workforce and obviously we should disband police forces
as they impact the private security market.


"Just don't be too keen to put government at the centre of people's lives.
That has never ended well"
Mitor the Bold writes

Government - defined as elected representatives
( rather than the bogeyman of totalitarian dictatorships you righties
regularly misrepresent strong governments as being for dramatic effect ) -
are the best arrangement discovered yet for a good life.

Point out to me one strong, successful nation with general prosperity
and high 'happiness' indices that does not have a strong government
at the centre of it all.

Go on, just one. Not even a little one?

All this wasteful and unnecessary interference just slows the economy down.
If corporations routinely build skyscrapers that collapse and kill thousands of people
those people will stop paying for new skyscrapers so the company
will be forced to liquidate, transfer their assets and build new skyscrapers
under a new name. That'll teach 'em.

Private enterprise cannot be trusted. It is grasping, amoral, reckless, short-sighted, and completely uninterested in the welfare of society or individuals.
There is such a thing as good government intervention and the reflexive
and myopic description of all government activity as bad, inefficient and wasteful
is lazy and myopic.


PS  We sincerely thank the Quakers for standing with us 'against the tide', for supporting Friends of Public Housing and opposing further stock transfers of public housing to 'community housing'.
See blog-post Sept '15