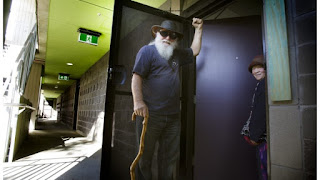 There is obviously a clandestine effort to get rid of public housing nationally, and its being done step by step, state by state.

This is tantamount to theft of tax-payers assets.

The process was set up by previous governments which gave themselves the right to 'ownership' of public housing which had prior been considered as tax-payers assets which they could not, and would not sell - other than getting rid of really old stock for replacement.

Governments today are handing over - effectively for free in many cases- public housing to 'social and community housing' groups, be they churches, charities or corporate bodies.

This is being done with no long-term consideration or guarantees for existing tenants with respect to current rental agreements.

There is a gross lack of transparency about the public housing stock transfers from all the official tenants groups. I believe that, because they are in part or fully funded by government, they are afraid to speak up for fear of future funding being denied.

It is common for public tenants to be deliberately not informed or misinformed, simply ignored, or treated as though we are charity-cases  - 'no-hopers'

There is only one way for tenants to organise themselves adequately. Tenants organisations need to be set up based on the principal of  'by the tenants, for the tenants'-  and that means the total control remains in the hands of the tenants. Funding may be derived from other sources, including crowd funding, but it must be without strings attached.

It is not surprising that this privatising trend is happening around the world and across Australia because governments and parliamentary political parties generally, have been controlled and manipulated in much the same manner by huge donations from big business interests. This was made very clear in Australia with the last Federal budget - which served the interests of the rich, multinational and very large companies, and ignored the rest of the population. Political parties are under the heel of these powerful business interests.

This trend is likely to increase not decrease, as the global capitalist world slides deeper into trouble...

That is why learning the truth of what is happening to public housing cannot be expected to come from any parliamentary party. It will only come from people who are activists in their communities, who work and live the kind of life that will be affected by these decisions.

Government ministers- whoever they are- will tow the party line, knowingly and wantonly ignoring what the people are clamouring for - which is truly affordable and decent housing and an end to homelessness.

Don't expect the media to expose what is going on. The media in Australia will serve the interests of the class they are designed to serve. The Australian media is so conservative that even newcomers like the Australian Guardian or the Huffington Post do not have to be as radical as their parent newspapers in the UK and US in order to sell their wares. They are operating in a different environment - and by Australian standards they are seen as radical enough because it is a very different environment here.

Look at the ABC. It is being starved of its funding because it is seen as too independent and therefore a threat. The powers that be want to change it into a commercial venture that is easily controlled.